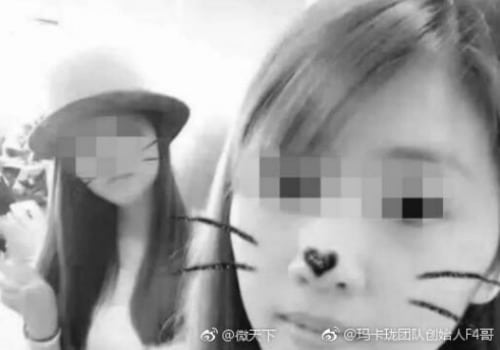 The bodies of two Chinese sisters, aged 22 and 25, were discovered in Japan this week. Autopsy reports have established that the women died of strangulation. Police have arrested the main suspect: a 30-year-old married man from Japan who allegedly had an affair with one of the sisters. The brutal murder has stirred heated discussions on Chinese social media, with many calling the sisters ‘unpatriotic.’

On July 15, Japanese police confirmed the cause of death of two Chinese sisters who were found to be murdered. The two women had been missing in Japan for a week. According to the autopsy report that was released by the Kanagawa Prefectural Police, they died from strangulation.

The bodies of the two women were discovered in bags in the woods on the night of July 13 in the town of Hadano (秦野市) in Kanagawa. According to Japanese TV network TBS, the women were almost entirely naked when they were found.

The sisters Chen Baolan (陈宝兰, 25) and Chen Baozhen (陈宝珍, 22) both lived in Yokohama, about 34 miles away from the place where their bodies were found.

The Chinese embassy in Japan received an urgent rescue request after the father of the two women could not reach them since July 7. Afterwards, China’s foreign ministry urged Japanese police to solve the case.

Different Chinese news sources report that persons familiar with the sisters said that they suspected one of the frequent Japanese customers at the cafe where Chen Baolan worked – he allegedly was seen entering and exiting the women’s apartment on July 6 in the early morning.

Xinjing News reports on Weibo that a 30-year-old Japanese man has now been arrested by the Japanese police. He allegedly is a married man who had an affair with Chen Baolan. The case is currently under investigation.

The murder case has drawn a lot of attention on Chinese social media, where the topic ‘# Chinese sisters killed in Japan #’ (#中国籍姐妹在日本遇害#) became one of the top trending topics on July 15.

“When Chinese citizens travel to other countries, they must be vigilant.”

The case of the two women in Kanagawa is especially noteworthy; not only because it involves the murder of two sisters, but also because it happened in Japan – a country that only has 0,3 cases of homicide in per 100,000 people.

Many people on Weibo are worried that Chinese people are just not safe when they go abroad, and that they are targeted for their nationality. “Why does it seem that when Chinese people go to other countries, they either go missing or die, while when foreigners come to China, such things rarely happen?”, some people say.

A commenter from Anhui writes: “First of all, I think that when Chinese citizens are killed in foreign countries, for whatever reason, China must get involved in the investigation to keep up our honor in the world. Second, when Chinese citizens travel to other countries, they must be vigilant. After all, we are not familiar enough with the political environment and social atmosphere of other countries. We must learn to protect ourselves. Lastly, I hope these sisters can rest in peace.”

“People saying these women deserved to be killed for going to Japan – don’t you know the Qing dynasty is over?”

But that is not the only reason why this case has attracted so much attention on Chinese social media. Netizens also blame the sisters for having an alleged love affair with a married Japanese man and for going to live in Japan, something that is considered ‘unpatriotic’ by many commenters. “I sympathize with the parents, but these sisters were up to no good,” some say.

One person on Weibo comments: “A lot of Chinese girls go abroad to show off their wealth to their friends in China and give themselves some kind of status by finding a foreign boyfriend. There are really many of these women, what kind of example are they setting?”

“Why on earth did they go to Japan? That’s where they were wrong to begin with,” another commenter said.

But there are also many people who condemn the tone of the online discussions of the case. “I am stunned by these people saying these women deserved to be killed for going to Japan – don’t you know the Qing dynasty is over?”

“All these stupid people who say ‘don’t go to Japan’ are actually not patriotic at all (..) A true patriot would never say such a thing,” one netizen writes.

“It really pains me to see so many fools in these comment sections,” one person writes: “People have died, people have been murdered, and then they are bullied on by their own fellow Chinese countrymen. This comes from brainless people – have some integrity!”

Winnie the Pooh on Weibo – from Cute Bear to Political Meme