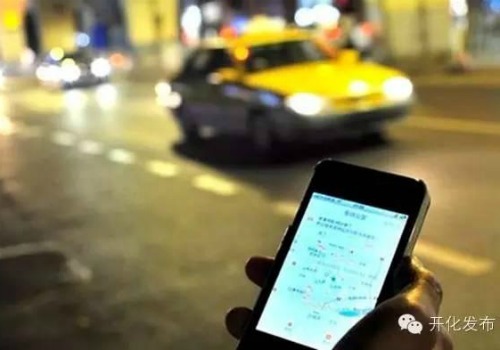 A young woman from Jiangsu province was caught cheating on her husband after ordering a taxi online for her and her lover. When the taxi driver turned out to be her own husband, drama ensued. Weibo netizens seem mostly concerned with the practical details of this matter.

A 26-year-old married woman from Suqian city in China’s Jiangsu province got the shock of her life when she discovered that the taxi driver of the cab ordered by her and her secret lover turned out to be her own husband. The young woman, who goes by the name of ‘Pan’, had agreed to meet the 32-year-old Li (also married) in a hotel room after meeting him on an online social platform.

The event reportedly took place during the day of July 27. After the two lovebirds Pan and Li had spent the afternoon in their hotel room together, Pan ordered a taxi through the online taxi-ordering Didi app so that the two could go out to a restaurant. When they got into the car, the driver – who turned out to be her own husband – soon flew into a rage.

According to Sina News, the unexpected meeting led to a violent altercation as the husband threw a cup at Li, who then managed to escape. The taxi driver proceeded to take his wife home where she reportedly was badly beaten by him, after which he left.

Pan was taken to the hospital by her worried mother-in-law. The local hospital dismissed the young woman after a thorough check-up indicated no serious injuries.

Many netizens do not comment on the fact the woman was cheating or that her husband beat her; instead they are more concerned about the practical details of the matter. Confused Weibo users collectively question how this unexpected meeting could take place in the first place.

As most Weibo users are experienced in ordering taxi’s through an app, they wonder how it is possible that the woman did not know the license plate or mobile phone number of her own husband, which are shown when ordering cabs online from apps like Uber or Didi Chuxing.

Didi Chuxing, often better known as Didi Dache, is China’s largest ride-hailing service. The app recently made headlines as it merged with Uber in China.

The Didi company completes over 14 million rides a day in mainland China. With 4.7 million people living in Suqian, the odds of a cheating woman running into her own husband as her taxi driver are already small – but the chances are practically non-existent when one knows that details about the taxi are known to customers when ordering the cab through the Didi app.

“I bet the woman was just not familiar with her husband’s license plate, or that she did not pay attention and that the man ordered the taxi,” one Weibo user speculates.

“But what about the husband, wouldn’t he recognize his own wife’s number?” another netizen remarks, as it not just the customer who usually gets to see details about the driver, but also the driver who receives information about the customer.

“This is just no coincidence,” another person comments, while someone says: “Maybe it was her first time using Didi.” As the story is going viral on Weibo, some netizens wonder if it is real at all: “This story just belongs in a television drama,” one Weibo user says.

Happy Ending to Unfortunate Love Story of Dutchman in China