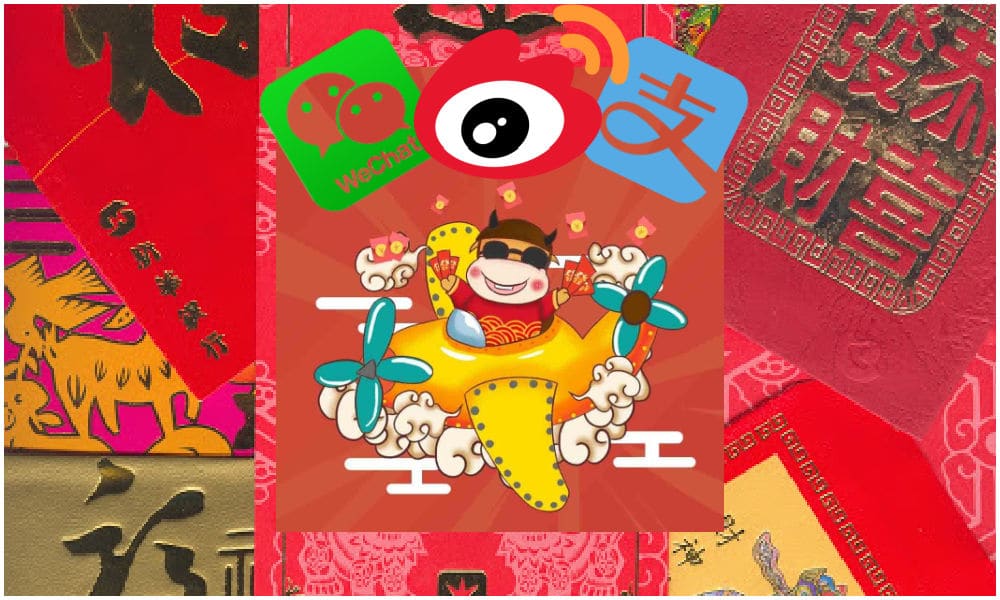 The custom of giving out red paper envelopes has evolved into a world of virtual lucky money and online games. This is the transformation of a Chinese New Year’s tradition, reported by Koen van der Lijn and Xiaojun Zhang.

When objects meet social media, two websites meet as well. This is a collaboration between What’s on Weibo and Things That Talk (follow on Insta @thingsthattalk).

Ever wanted to raise a digital cow? This year, you can raise your own lucky cow (福牛) for Chinese New Year on Weibo. Through maintaining and raising their virtual cow (or ox), users can participate in this online game to win red envelopes, a well-known and beloved tradition linked to Chinese New Year.

The hashtag “Lucky Cow’s New Year’s Travelogue” (#福牛新春旅行记#) is linked to Weibo’s celebration of Chinese Spring Festival and the Year of the Ox. Users are expected to be active on Weibo daily to raise their cow/ox, similar to the once so popular Tamagotchi. Whilst leveling up their cow, users get the possibility to earn digital red envelopes. 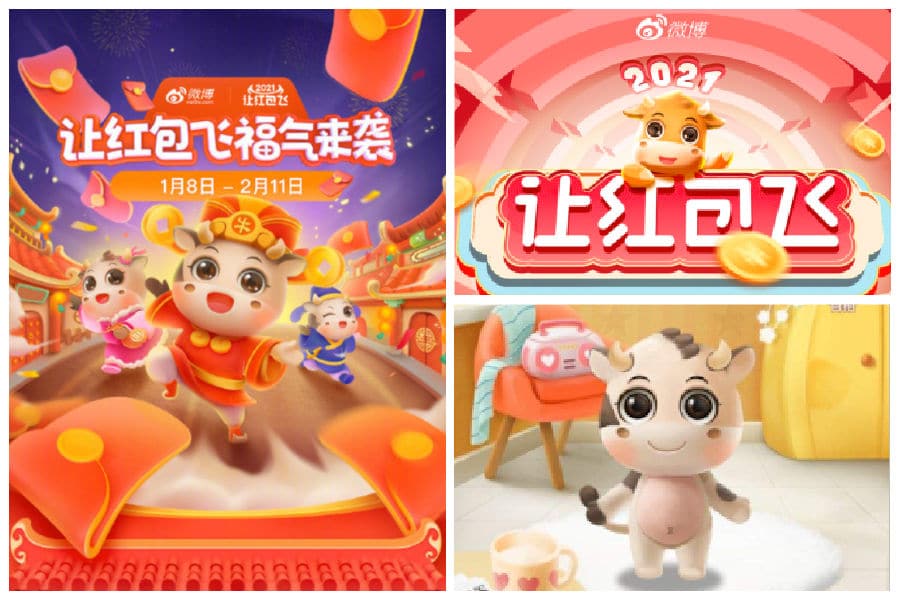 The online game is another development in the story of the red envelopes, known in China as hongbao (红包). Often given during Chinese New Year, the envelopes can also be given at other joyous occasions like weddings. These red envelopes are given to each other by friends and family members to wish each other a happy new year and are always filled with an amount of money.

Red envelopes for sale via Taobao.

The practice of giving money during Chinese New Year goes far back in Chinese history. The earliest form of the red envelope is said to be yasuiqian (压祟钱). In order to keep evil spirits away, called sui (祟), people put money underneath children’s pillow since the evil spirits were said to be warded off by coins.1 These coins were woven together using a string. 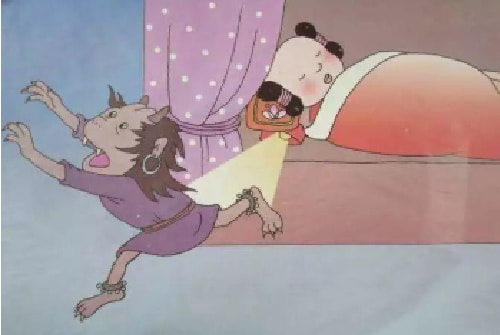 As time went by and paper money and envelopes became more widespread, string and coins were replaced and the red envelope was created.

Red envelopes are used by Chinese all over the world nowadays. The amount of money inside depends on many factors. Recently, the tradition has left behind its tangible form and entered the digital era. 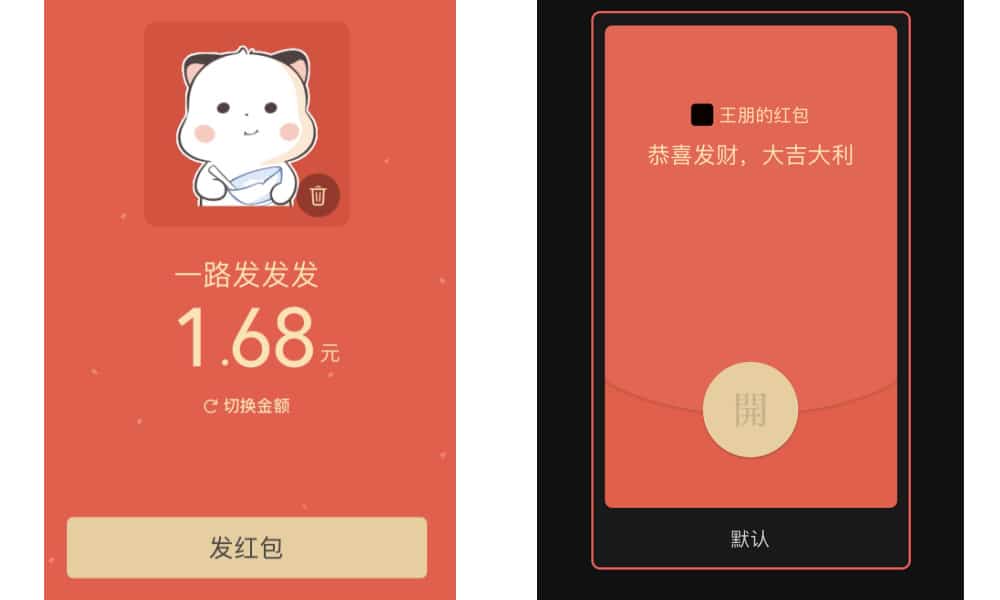 WeChat’s inventive idea put digital red envelopes on the map in China. During the peak of the event, 800 million shakes were recorded per minute. There were two types of envelopes introduced in 2014 by Tencent, the company that owns WeChat:

1. A regular red envelope that could be sent directly from one user to another.
2. A ‘group’ red envelope, with a limited number to be grabbed and a limited sum of money which can be grabbed by all users in a group if they are fast enough. The sum inside this envelope is randomized, adding the thrill of gambling to the practice of giving away red envelopes.

A ‘war’ then broke out between the two companies. AliPay handed out 600 million renminbi ($93 million) worth of red envelopes as a response to WeChat’s 120 million envelopes sent out during the televised celebration of Chinese New Year.2

“Digital red envelopes can cross time and place, but cannot replace the method of face-to-face contact”

WeChat, for instance, gives users the option to make the red envelopes very personal through adding stickers and personal messages, making the digital red envelope an even more enjoyable experience. 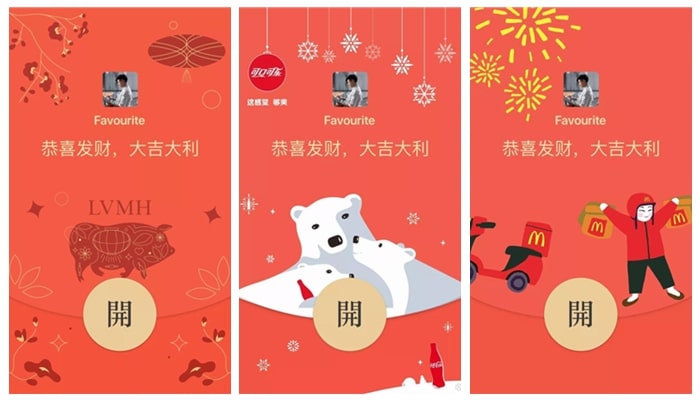 Does this new development of the traditional red envelope make the tangible envelope obsolete?

The tradition of sending red envelopes is and will be inherently linked to Chinese New Year. Though both the paper and digital forms of the tradition remain incredibly popular, the virtual hongbao will definitely win territory once more this year as travel is restricted due to COVID-19. Especially in these times, the digital red envelope is the best digital way of wishing family and friends a happy new year.

Why are ‘lucky envelopes’ not just red, but sometimes also green or purple? Read more via Things That Talk here.

Koen van der Lijn (China Studies, BA) is a ResMa student Asian Studies at Leiden University focused on Chinese history and its international relations. He is a student ambassador at Things That Talk.

Xiaojun Zhang (China Studies, BA) is an MA student Asian Studies at Leiden University focused on contemporary Chinese culture, symbolism and food. For Things That Talk, she currently works on a project about Chinese-Indonesian restaurants in the Netherlands.

This story was made in collaboration with ThingsThatTalk.net – exploring humanities through the life of objects. Things That Talk is an educational digital project where staﬀ and students produce narratives and metadata about objects in Leiden collections and beyond. Check out the story “Hongbao: from paper envelope to digital gift” on Things That Talk here!

Footnotes (other sources hyperlinked within the article)

Things That Talk - Exploring humanities through the life of objects. Things That Talk is an educational digital project where staﬀ and students produce narratives and metadata about objects in Leiden collections and beyond. Check out the Things That Talk platform at thingsthattalk.net.