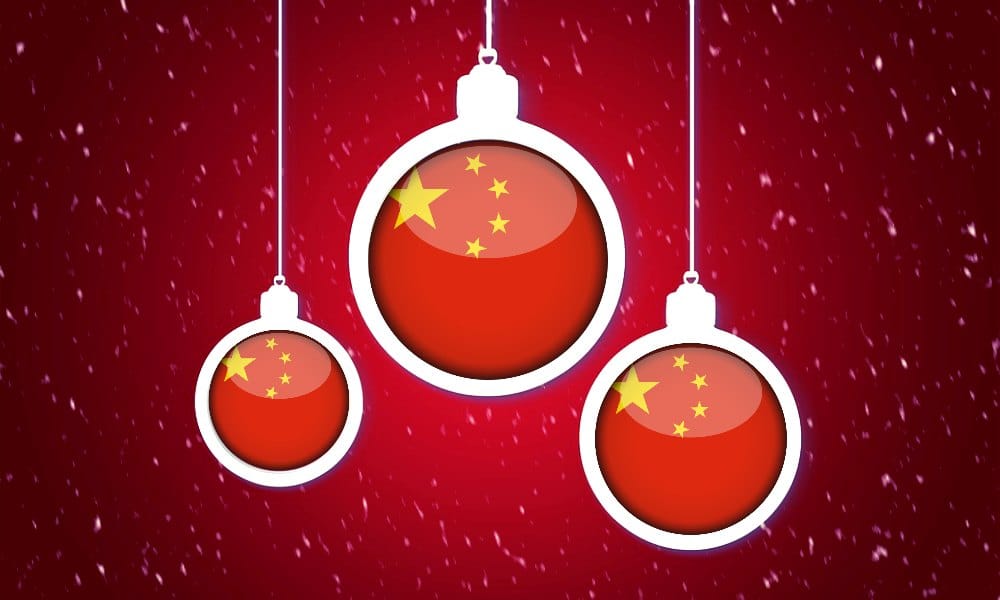 An official notice by the Public Security Bureau of Hengyang has stirred debate for prohibiting party members from celebrating Christmas.

A notice issued by the local government of Hengyang, the second largest city of Hunan Province, has stirred controversy for telling government officials and their families not to celebrate Christmas.

A Wechat article about the notice made its rounds on Chinese social media over the past few days but was pulled offline on December 22.

Chinese state media outlet Global Times reported about the issue, and explained it in the following way:

“The Communist Party of China (CPC) does not separate political ideology from religious faith and experts say this means Party members, officials and their family members are required to only believe in communism. The CPC’s constitution includes a criterion for membership that requires new members to declare they are not worshipers of a religious faith.”

They also reported that the Hengyang authorities warned Party members and government officials it would impose heavy fines on anyone making or selling artificial snow.

Radio Free Asia (RFA) covered the topic on December 20, writing that the local authorities called Christmas “”spiritual opium”, and that they warned that those who violated the rules would have to “bear responsibility.”

The RFA article suggests that this is not just a local issue, but part of a broader official ban on Christmas.

A wider ban on Christmas

This idea was also further supported in the Global Times article of December 21st, which said that Hengyang is not the only jurisdiction to issue a notice on Christmas celebration and that people in other cities, including students and workers, had received a similar notice.

Several media report that some universities across China, including one in Shenyang, have banned their students from celebrating Christmas.

Multiple people on Weibo posted photos of notices regarding the prohibition of Christmas activities. 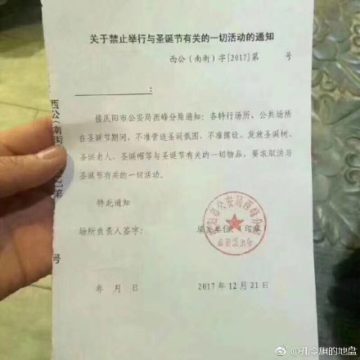 One netizen on Weibo, author Wang Zhan (@作家王湛), posted a photo of such a notice in Shenyang, writing:

“This school has banned the celebration of Christmas, but shouldn’t they also prohibit the celebration of New Year’s Day? Because the nature of New Year’s Day and Christmas are the same; they are both Western religious festivals that are celebrated according to the Gregorian calendar, and they are not traditional Chinese festivals. Also, this notice should not actually write the date using “2017”, instead it should be written as the year of this or that dynasty or go by the sexagenary cycle, according to Chinese tradition. This Gregorian calendar was issued by a Christian ruler. Shouldn’t you put your money where your mouth is?“

Some people commented on the issue that they agreed that Party members, at least, should not celebrate Christmas. “It is a wise decision to prohibit Party members from celebrating Christmas,” a Shaanxi local judge posted.

“I also think a Christian festival is meaningless for atheists; it’s nothing more than a commercial event,” one other person wrote.

Although China is a predominantly atheist country with a small proportion of Christians, Chinese businesses have increasingly started to incorporate a commercial Christmas theme into their winter seasons throughout the years.

As pointed out by Cat Hanson in the article ‘Christmas in China: Santa Claus is Coming‘, Chinese law allows these sort of “normal religious activities” that do not “engage in activities that disrupt social order, impair the health of citizens or interfere with the educational system of the state.” The Chinese Communist Party is atheist and Christmas is not a public holiday.

There are more signs that, apart from in Hengyang, there is a growing government resistance against the presence of Christmas in China – both its religious and commercial aspects. 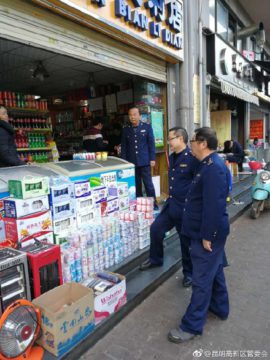 The photo posted by the Kunming local administration committee.

Despite all controversy, for the seeming majority of netizens on Weibo, the issue of Christmas is not a big one at all. For many, it is just another workday, for others, it is another opportunity to do some shopping and enjoy a nice meal.

One Weibo commenter does not care about the festivities either way: “Whether it’s Winter’s solstice, Christmas Eve, Christmas, or New Year’s, I’m spending it all by myself. I’m just planning to have dinner, wash up, and go to bed.”

Miranda Barnes has contributed to this article.