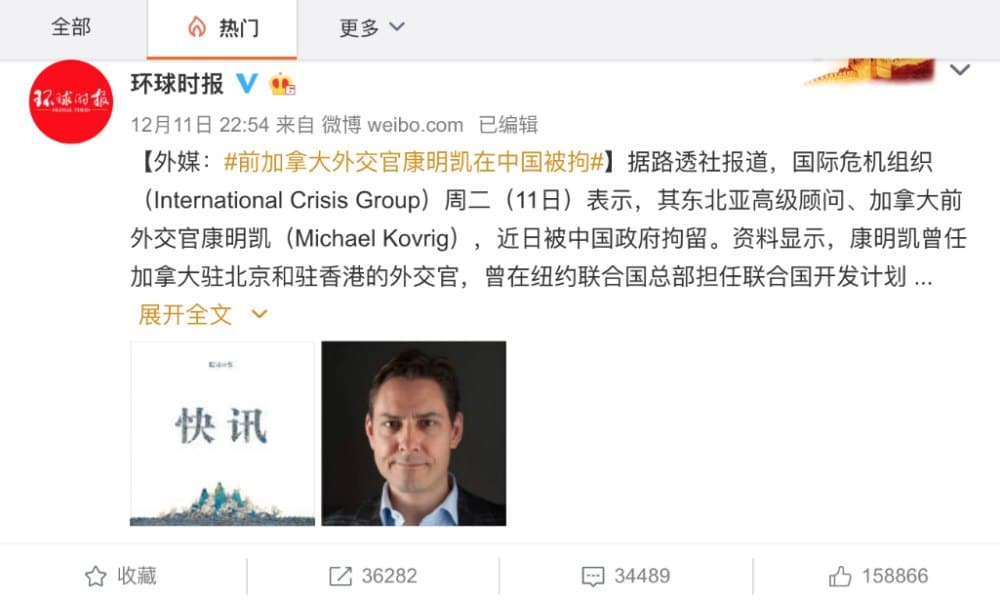 The detainment of former Canadian diplomat Michael Kovrig is generating major discussions on Chinese social media – but many comment sections have now been locked.

The news that former Canadian diplomat Michael Kovrig has been detained in Beijing is not only generating mass attention on Twitter and in English-language newspapers today; on Chinese social media, thousands of people have also responded to the issue.

Kovrig, who is known as Kang Mingkai (康明凯) in Chinese, served as a diplomat in Beijing and Hong Kong until 2016, and currently is a Hong Kong-based Senior Adviser at the International Crisis Group, where he works on foreign affairs and global security issues in Northeast Asia.

According to the Washington Post, China’s Foreign Ministry spokesman Lu Kang (陆慷) told reporters during a regular press briefing on Wednesday that he had nothing to say about the issue, and that China and Canada have maintained “normal consular communication.” 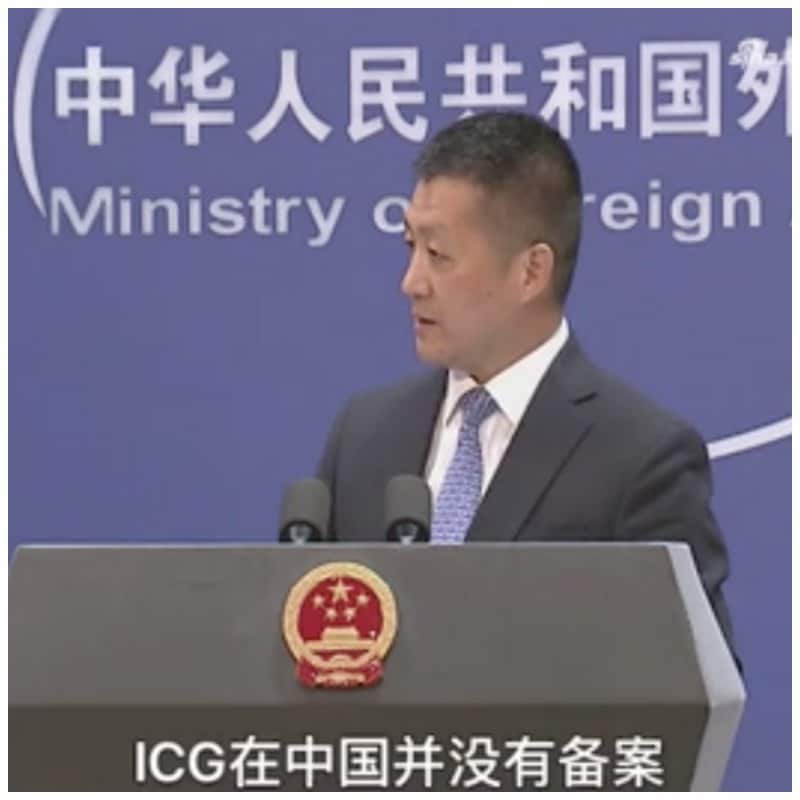 Lu further said that the International Crisis Group was not legally registered in China, and that the organization had “violated Chinese laws” because “it was not registered.”

“[Foreign media: “Former Canadian diplomat Kang Mingkai has been detained in China”] According to Reuters, the International Crisis Group stated on Tuesday that its senior adviser in Northeast Asia and former Canadian diplomat Kang Mingkai (Michael Kovrig), has recently been detained by the Chinese government. According to the resources, Kang Mingkai is a former diplomat in Canada and in Hong Kong, who held a position as a strategic communications expert at the United Nations Headquarters in New York, and is able to speak Mandarin. He joined the International Crisis Group last year as a senior adviser to Northeast Asia to study and analyze foreign affairs and global security issues in China, Japan, and the Korean Peninsula. He criticized China many times, and advocates a hard-line approach towards China.“

Despite the many comments, the post’s comments section was locked for viewing by the Global Times on Wednesday night local time, only allowing some comments to remain visible, such as one saying: “This is most likely an old spy on a special agent mission.”

“Confirmed! This Canadian is held for legal investigation. – Reporters have learned from relevant departments that Canadian citizen Kang Mingkan (Michael John Kovrig) is suspected of engaging in activities that are harmful to China’s security. As of December 10, he is held by the Beijing National Security Bureau for investigation according to law. Currently, the case is under investigation.”

“Well done,” a typical comment said, with many accusing Kovrig of being a spy.

But there are also more critical comments, with some saying: “This might not be a good thing,” and others suggesting that Kovrig is a “political prisoner.”

Elsewhere on Weibo, the many comments on this issue are also open, with one popular one saying: “They are using a legal way to tell Canada their behavior is illegal.”

On both Weibo and Twitter, as well as in the English-language media, Kovrig’s detainment is linked to the recent arrest of Meng Wanzhou (孟晚舟), the financial officer of Chinese telecom giant Huawei Technology – which happens to have been founded by her father, Ren Zhengfei (任正非). 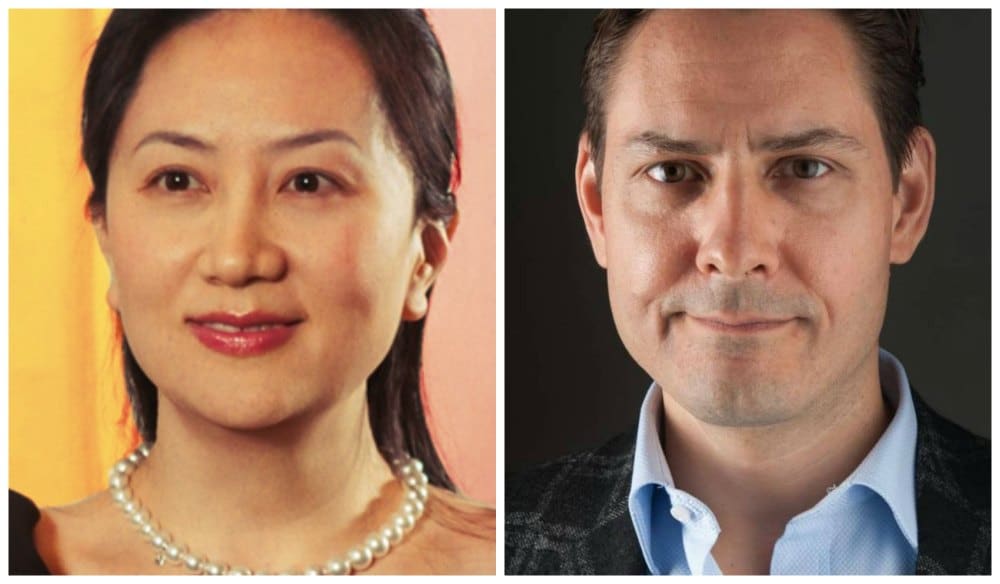 Meng was detained on December 1st during a transit at the Vancouver airport at the request of United States officials. She is accused of fraud charges for violating US sanctions on Iran. According to CNN Business, Meng allegedly is accused of helping Huawei get around sanctions on Iran by misleading financial institutions into believing that subsidiary company ‘Skycom’ – which is active in networking and telecommunication in Iran – was a separate company in order to conduct business in the country.

Chinese officials, demanding Meng’s release, have called the arrest “a violation of a person’s human rights.” Meng has been released on bail on Tuesday, December 11.

“You take one of ours, we take one of yours,” one commenter replied to news relating to Kovrig’s detainment.

“Are we exchanging hostages like North Korea?” one Weibo user responded.

On the Weibo account of the Canadian embassy, there have been no direct mentions of Kovrig, but the embassy did dedicate a post to the celebration of human rights on December 12th, saying: “We commemorate the 70th anniversary of the Universal Declaration of Human Rights. Canada, China and all member states of the United Nations support this basic document of the United Nations.”

“Is the Moon Still Rounder in Europe?” – Weibo Responses after Strasbourg Shooting