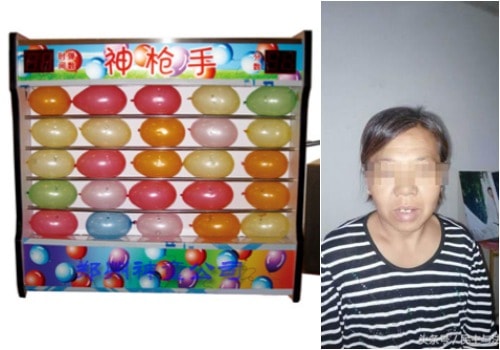 The case of a middle-aged woman from Tianjin who has recently been sentenced to 3,5 years in prison for running a balloon-shooting booth has angered Chinese netizens. As many are very familiar with the well-known and innocuous game, some wonder if “all Chinese” are “law-blind” now.

Balloon-shooting is a popular game in China. Recently, however, a middle-aged woman running a balloon-shooting booth in Tianjin was sentenced to prison for the illegal possession of guns.

Zhao Chunhua, a 51-year-old woman, was running a street balloon-shooting booth in Tianjin from August to October 2016 when she was arrested for the “criminal possession of weapons.” On December 27, she was sentenced to 3 years and 6 months in prison.

Upon Zhao’s arrest, the police found 9 gun-shaped objects and plastic bullets in her booth. Investigations revealed that 6 of the balloon “guns” were real airguns capable of shooting metal bullets.

According to Zhao Chunhua’s daughter, however, her mother was unaware of the existence of real airguns. “I’ve been to mother’s booth and I touched those guns… they were just toy guns”, the daughter told Chinese media: “We always thought they were toy guns. If she would have known they were real guns, she would not had even touched them.”

There are many balloon-shooting booths in Tianjin, and it is common practice to use airsoft guns (软气枪) which can only shoot plastic bullets.

Zhao’s balloon-shooting “booth”: a shooting board on a tricycle 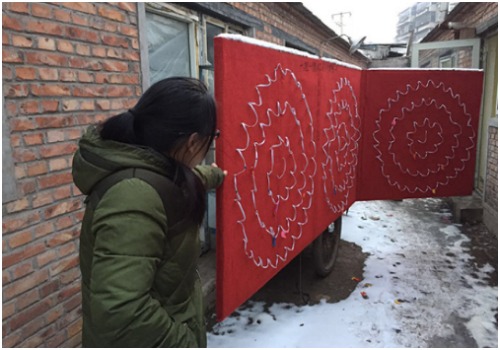 Zhao’s balloon-shooting “booth”: a shooting board on a tricycle.

In the beginning, Zhao Chunhua refused to appeal her sentence, worrying that hiring a lawyer would cost too much money. But her daughter insisted and has now quit her job to fully concentrate on her mother’s law suit.

Two lawyers, Xu Xin (professor at a Beijing University) and Si Weijiang (Shanghai-based lawyer), have offered to defend Zhao. After communicating with her lawyers, Zhao launched an appeal on January 3rd of this year.

On social media, Chinese netizens sympathize with Zhao and are furious about the court’s decision. Many believe the punishment is far too harsh for common unknowing citizens.

“Since when did airsoft guns become prohibited? We are probably all ‘law-blind’ now, ” one netizen writes: “I remember a decade ago, balloon-shooting was a really popular game in towns and counties; did they all break the law?”

Many people are especially angered because of another incident, that involved the heartbreaking video of a weeping girl holding her killed dog. The man who shot the dog with an airgun was merely sentenced to six days in prison.

Some netizens say that law enforcement is too “blunt”: “This is an apparent case of improper law enforcement,” another netizen comments: “Since the 1960s, balloon-shooting has been legal entertainment in China. It is not illegal unless it causes damage to people. Police can take the illegal guns, and issue a reasonable fine. Talking about lethality, Zhao’s airsoft guns are less dangerous than cooking knives… the court should then arrest everyone with a cooking knife.”