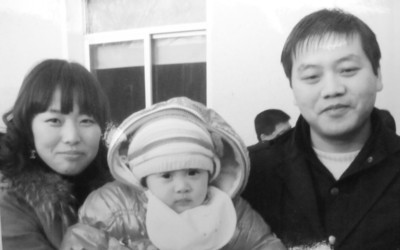 September 16, 2014: Weibo netizens are feverishly discussing the ‘Anhui poisoning trial’ (#安徽铊投毒案#), a rare case in the southeast of China, revolving around a love triangle and a poisoning with the highly toxic substance thallium. The Anqing court found kindergarten teacher Ling Ling guilty of chemically poisoning the ex-wife of her lover. She was sentenced to life in prison. Netizens express their worries over the seemingly effortless way the convict was able to purchase thallium over the Internet. “This reminds me of the Tsinghua University Thallium poisoning case of Zhu Ling [1995]”, one netizen says: “how can thallium be purchased so easily?!” This is the third thallium poisoning case in China.

Pan Jingjing will turn 26 next month. She will not be able to celebrate, as the young woman has been in a vegetative state for over a year – the result of a two-time thallium poisoning in the presence of her ex-husband Awang and his girlfriend Ling Ling (pseudonym). Soluble thallium is highly toxic. Formerly, it was used in rat poisons and insecticides. Due to its historic popularity as a murder method, it is also known as “the poisoner’s poison”.

Although married to Pan, Awang got to know kindergarten teacher Ling Ling through the Internet in 2009, Sina reports. The two first became friends, and then developed a love relationship. Pan Jingjing discovered her husband’s extramarital affair in 2011. Although the couple soon filed for divorce, Pan Jingjing remained living in their family home and did not tell her family or co-workers of her divorce, while her husband and Ling Ling continued their relationship.

On September 2nd 2014, the Anqing court reasoned that Ling Ling’s main motive for poisoning Pan was to free herself of her lover’s ex-wife, who was still so involved in his daily life.

Ling purchased the toxic chemical thallium through the internet in April, 2012. She had invited Pan to join her and Awang for a hotpot dinner on April 17th. When Pan left the table to get some beer, she mixed the chemical in her drink. That same night, Pan Jingjing got sick with diarrhea, and later suffered from pain in her legs and hair loss. When doctors in Hefei (capital of Anhui) could not find the cause of her symptoms, she was diagnosed with a mental disorder. By the summer of 2012, Pan had gradually recovered. Ling and Awang were now officially married. Ling Ling poisened Pan with thallium for a second time in August 2012, by mixing thallium through her tea in a karaoke bar. This time, Pan found herself unable to walk and was admitted to the hospital in critical condition. Doctors later discovered traces of thallium in her system.

The judicial thallium case has now come to a close after two years. Although both Ling Ling and Awang were arrested as suspects in the poisoning case in 2012, Awang has now been acquitted of all charges due to a lack of evidence of his involvement. Ling Ling, who now has a baby with Awang, has been sentenced to life in prison.

A former colleague of Pan Jingjing has stated to the press that Pan had expressed doubts of being poisoned after initially getting sick in April 2012. Her colleague had been there when Pan directly asked her husband if he and his girlfriend had mixed medicine in her drink to harm her, as she remembered the presence of a white substance in her drink at the hotpot restaurant. “Nonsense,” her husband allegedly said: “That was just an ingredient of your drink.”

“What is happening to this world?”, says another netizen: “This morning I woke up to headline news about a woman who poured acid in her cheating husband’s mouth while he was sleeping… and this afternoon I read about this mistress poisoning the ex-wife. I guess it’s safer to stay single.”

“We must not underestimate thallium,” says commentator Su Li in online magazine ZJJZX: “This case really is about two keywords: ‘thallium’, and ‘online shopping’.” Su pleads for a stricter organization of the online shopping market and a serious restriction to the sales in toxic goods.

For Pan Jingjing, future stricter regulations of China’s online sales in toxic substances will come too late. She is currently still hospitalized and unable to speak. 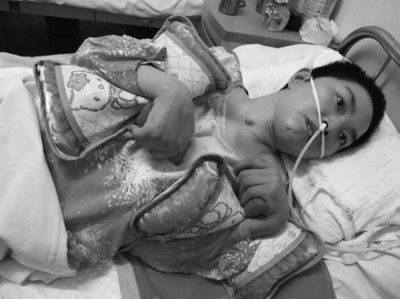