A remarkable incident occurred on April 22nd in Shandong’s Liaochang, where parents were waiting outside a private primary school for their children to finish their school entry interviews.

The parents, eager to find out how their children performed, were leaning at the school gate to get in when the entire gate suddenly collapsed, causing a chaotic scene. 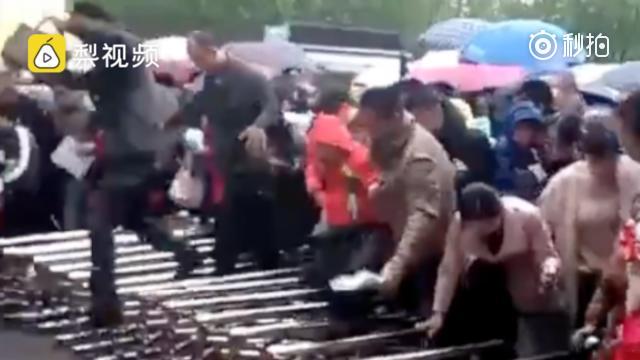 It is generally believed that children’s educational future is decided as early as getting admitted to that one kindergarten or primary school, which adds to the stress among Chinese parents to get their child into the school of their choice; academic pressure starts from an early age.

China’s private education sector is flourishing. Depending on the school, there is often a wide variety of private classes and after-school activities and full-time or parttime boarding-school options. These private schools, such as the one in Liaochang, often have a strict selection procedure, including interviews with prospective students – as young as they may be.

In this case, the school had not anticipated the crowd and chaos during the interview procedures. Because of the sea of people, parents were unable to reach their children inside the school building. Eventually, the school had to bring all children to the more spacious playground so that their parents could collect them from there. 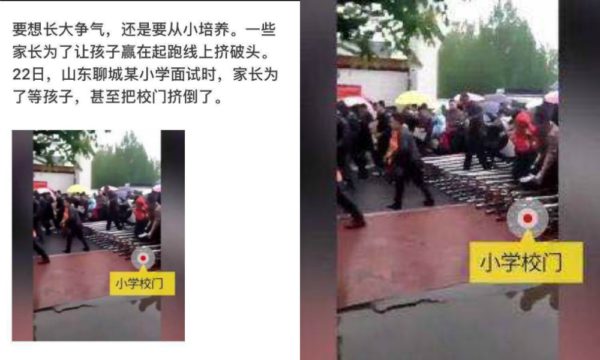 Although this incident is a rare example of parental pressure at school, it is not uncommon for Chinese parents to be so anxious to know about their children’s academic performance that they will go to extremes.

During the first day of school, dozens of parents often stand outside the school windows to catch a glimpse of their child; a post about this phenomenon went viral on Weibo last year when it said that: “If you spot these kinds of people near a preschool today, there’s no need to worry about them. They’re not bad people, they’re no kidnappers, it’s just that their child has their first day of school.” 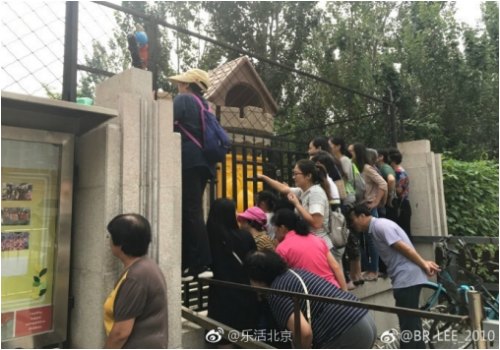 The phenomenon of Chinese parents who cannot say goodbye to their schoolgoing children does not just occur outside kindergartens. In 2016, the so-called ‘tents of love’ (爱心帐篷) became a hot topic on Chinese social media.

When students have their first day at college, parents who come from far will often travel along with their children and spent the first days sleeping in tents outside the school. They do this to give their children both emotional and practical support, but perhaps more so to soothe their own separation anxiety. 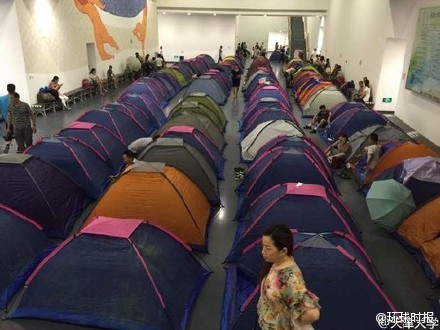 “tents of love”: parents set up their tents at university campus to support their child.

About the Liaochang incident, some people on Weibo comment: “It must be so difficult for children to go to school and having to deal with their parents!”

Our video on this topic below: