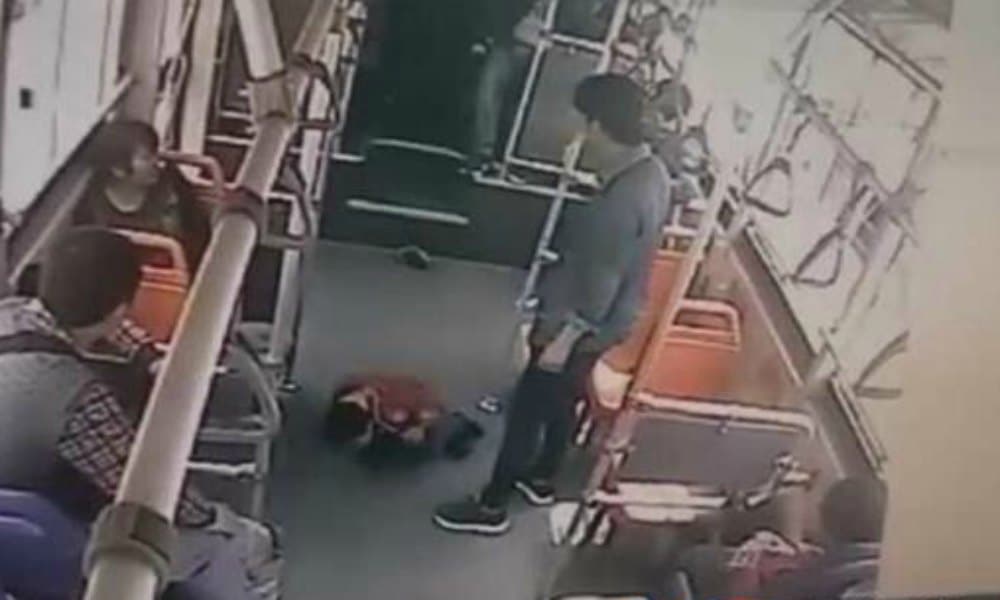 Shocking footage of an adult man violently attacking a little boy on a public bus in Sichuan province is making headlines in China this weekend.

The incident occurred in the city of Suining on the morning of April 27, Toutiao News (头条新闻) reports.

Security cameras on the bus captured how a little boy teasingly kicks a male passenger three times, hanging around the bus, seemingly bored. 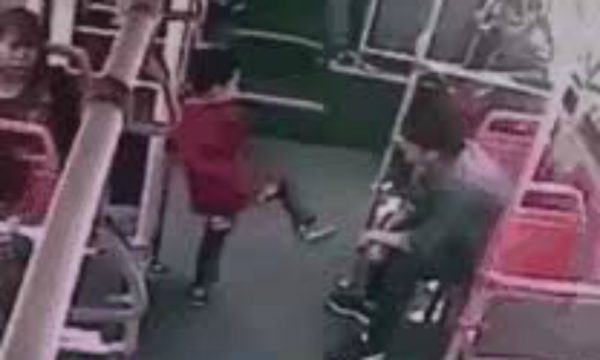 After the third kick, the man suddenly jumps up and grabs the child by the back and violently slams him on the floor. He then proceeds to brutally kick the child’s head a total of three times.

The video of the incident can be viewed here, but viewer’s discretion is advised – the footage shows very graphic violence. 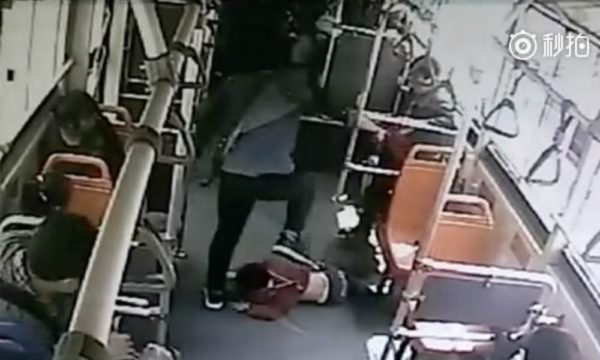 At least four other eight other adult passengers and one child witnessed the incident.

One woman, standing near, stops the man and picks the motionless child from the floor. The child slowly seems to gain some consciousness but then collapses on the floor again, when two other passengers rush forward and warn the bus driver.

Police quickly arrived at the scene. The attacker has since been detained for 15 days. 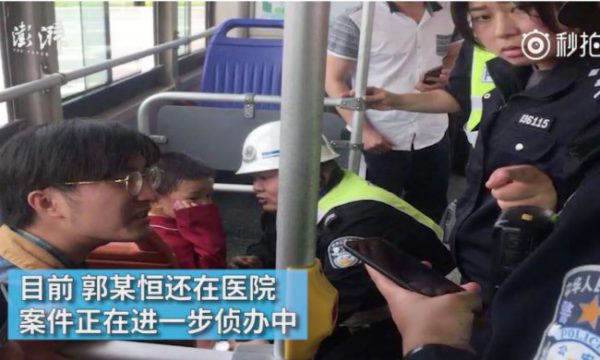 According to reports, the boy is a 7-year-old local student who was on the way from school to home, taking the bus by himself. He was not acquainted with the adult man.

Miraculously, besides some bruises on the face, the boy did not suffer any serious internal or external injuries from the violent attack. 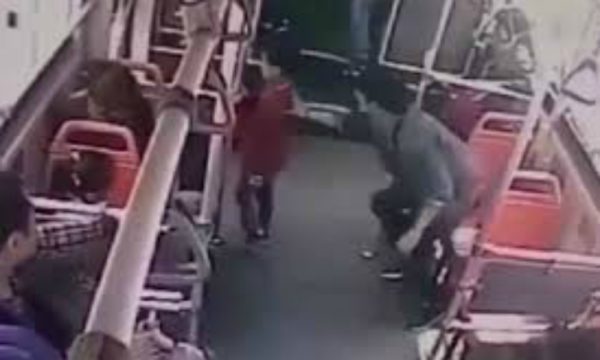 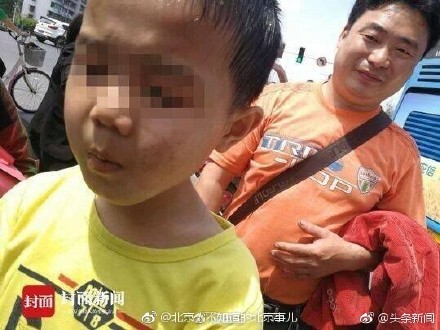 The news and the shocking footage have become a big topic of discussion on Chinese social media, with people roughly taking three different stances on the story.

One group of people says they are disgusted with the aggressive man. “How can someone be so malicious?”, they ask.

But there are also many people who say that they have had enough with “little brats” such as this boy.

“It’s good that he received a beating, these kinds of spoiled brats need to be punched,” they say: “If your parents won’t teach you, society will.”

“I don’t support the man who beat the child, but I also do not pity the kid,” another popular comment said.

A third group of commenters say it is the parents who are to blame for this incident because they let their child travel alone, and because they did not teach him properly not to disturb other people.

“Why does this child take the bus alone? Why is he not accompanied by his parents?”, a typical comment said: “The child’s guardians are partly to be blamed for this.”

“They should be the ones to be detained in prison for 15 days,” someone else wrote.

“If you do not properly teach your child, then the world will teach him,” another commenter wrote.

Last week, another story went trending on Chinese social media that involved a pregnant woman deliberately tripping a 4-year-old boy in a Baoji restaurant because he had slammed a plastic door windbreaker in her face.

The behaviour of China’s so-called “little brats” often makes headlines, such as when a young boy recently urinated in an elevator and broke it, or when a little kid crashed and destroyed a Lego sculpture within an hour after it was displayed in a Chinese mall.

These young boys are also commonly dubbed “Little Emperors” – as their parents only sons, they are often so spoilt, pampered, and protected, that they show amoral and self-absorbed behavior.

Many commenters on social media say that they have had enough with these “little brats”, who make their “hair stand on end with anger,” and note that in this particular case, it was the child’s bad behavior that triggered the outburst.

But for some people, the discussions about the little boy’s behavior are out of proportion. As one commenter writes: “I see all these comments on Weibo, and they are all about how this kid’s a little brat – and he sure is -, but the man is the one who is dreadful! This kind of sudden explosion of violence is awful, he could beat someone to death.”