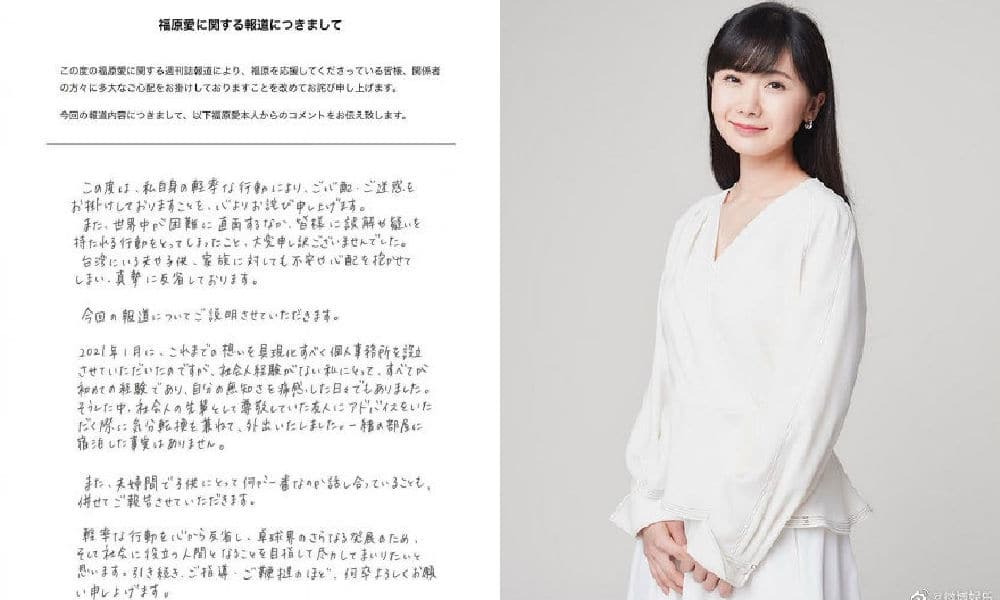 When the Japanese table tennis star Ai Fukuhara (福原爱) was tying the knot back in 2016, all of Weibo wanted to know how the marriage to Taiwanese table tennis player Chiang Hung-Chieh (江宏傑), a fellow Olympian, would work out. Now that rumors of Fukuhara getting divorced have begun to appear on Chinese social media, the popular Japanese athlete is once again the topic of the day.

The rumor of Fukuhara’s divorce went trending on Weibo after two reports about her were published on the same day. On March 3, Japanese site News Post Seven reported that Ai Fukuhara and an unnamed man stayed overnight in a hotel in Japan’s Yokohama City, hinting that she was having an affair. 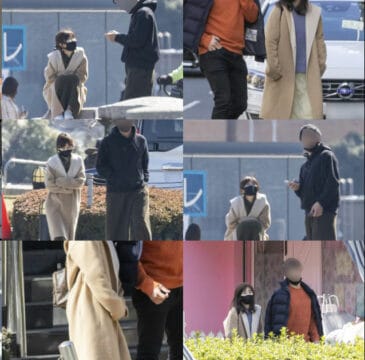 Some of the photos posted by https://www.news-postseven.com/.

Following this report, Shukan Bunshun, another Japanese media site, published a report with sources saying that Ai Fukuhara has made up her mind to get a divorce as she has allegedly is suffering from verbal abuse by her husband, Chiang Hung-Chieh.

Ai Fukuhara then responded to the report of News Post Seven, admitting that she had a ‘meeting’ with “one of her supportive friends”, but she emphasized that the two were staying overnight in different rooms. When asked if the separation from her husband is a result of verbal abuse, she did not respond to the question, but she did say that a potential divorce is a decision that needs to be taken as a couple. 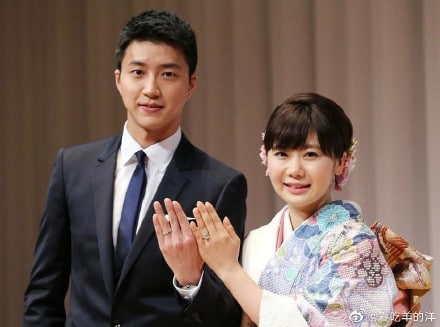 Fukuhara and her husband in happier days.

After Shukan Bunshun’s article spread online, many Weibo users in China expressed their sympathy and support for Fukuhara, whom they had seen growing up since she was a young girl. Fukuhara began playing table tennis at the age of 3, and started her professional career at the age of 10.

One of the reasons why the Japanese Ai Fukuhara is so popular in China is her fluent Chinese. She was trained in the north-eastern part of China since she was a teenager and acquired the local accent. Fukuhara is often called ‘Ai Jiang’ by Chinese fans, which equals the Japanese endearing ‘Ai Chan’ (“Little Ai”). Fukuhara is also active on Weibo (@福原愛AiFukuhara), where she has over 5,1 million fans.

“Ai Fukuhara is always right no matter what she has done”

On Weibo, the hashtag “[People on] My Timeline Have All Agreed on One Thing” (#首页都在一件事上达成了一致#) went to the top search lists after a user published a post saying:

“People I follow have been fighting against each other on various topics every day, but today, whether it is a woman or a man, a sweet Douhua supporter or a salty Douhua supporter, a left-winger or a right-winger, a liberal, a conservative or a centrist, all have reached an agreement on one thing – that Ai Fukuhara is always right no matter what she has done.”

In the comment area of this post, a comment that received the most likes also expressed full support for her: “Even if Ai Jiang (爱酱) is having an affair, it must be because her husband has done something bad to her.”

More support for Fukuhara was flooding in under a hashtag “How Could Anyone Make Ai Jiang Sad”(#怎么会有人舍得让爱酱难过#). Weibo users shared various videos of Ai Fukuhara, including documentary videos about her life-long table tennis career and her interviews on variety shows in China and Japan.

While praising her for her cuteness and hard work, Weibo users also expressed their dissatisfaction with her husband because of Shukan Bunshun’s report. The hashtag has received more than 220 million views so far.

Late on March 4, Ai Fukuhara issued a hand-written statement to address the ongoing rumors about her alleged affair. In the letter, Fukuhara apologizes for “the concerns and troubles brought about” by her own “reckless behavior.” 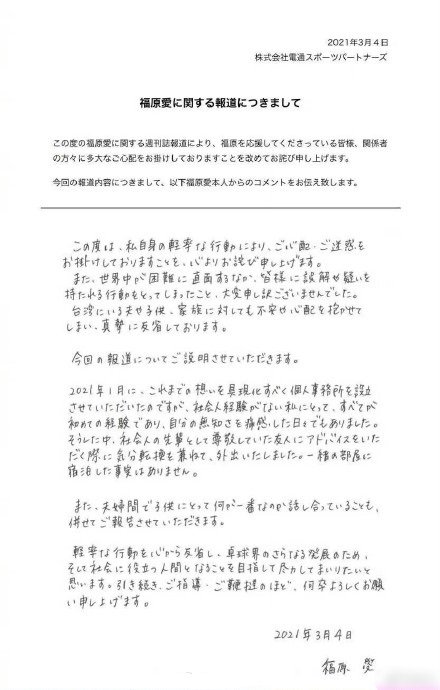 A handwritten statement by Fukuhara (in Japanese).

Fukuhara also clarified her overnight stay with a male friend, saying it was a respected friend who helped her in starting a company. The two had indeed taken a break from work to relax, Fukuhara emphasized that they did not share a room. She further added that together with her husband, they will deal with their problems together and come up with the best solution for their child. Fukuhara and Chiang Hung-chieh have one daughter, who is now three years old.

At time of writing, the hashtag “Ai Fukuhara’s Apology Statement” (#福原爱道歉声明#) has reached over 570 million views on Weibo.

©2021 Whatsonweibo. All rights reserved. Do not reproduce our content without permission – you can contact us at info@whatsonweibo.com

Luo Tianyi and the Booming Virtual Idol Market in China

“Remember Their Faces”: An Online Tribute to the Chinese Soldiers Killed in Border Clash with India