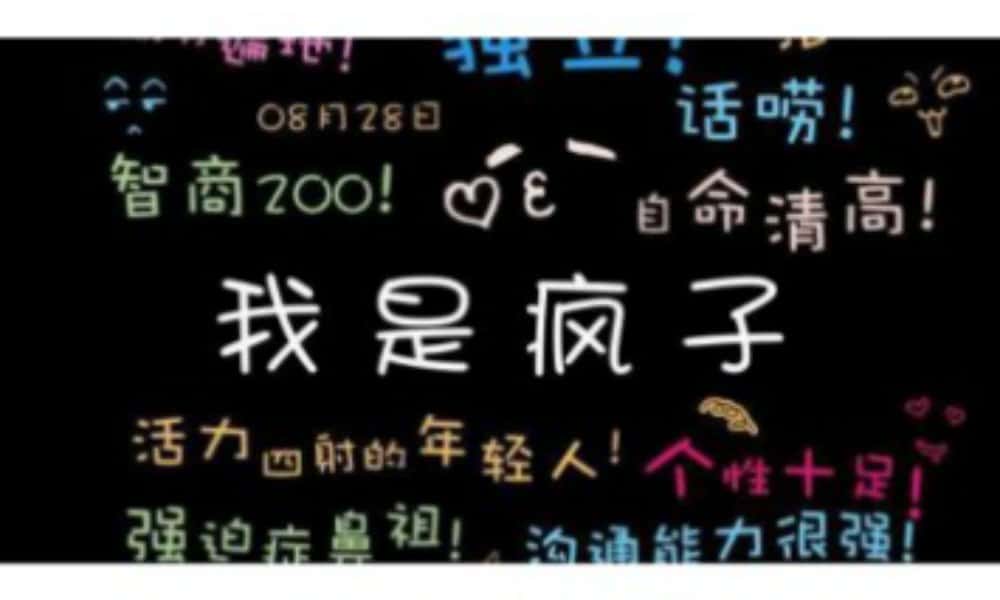 China’s social media sites are never short of trends that can dominate user’s newsfeeds for weeks at a time. However, the latest fad to explode onto the apps of Chinese social media platforms such as Sina Weibo and WeChat seems to have been encountering some issues during its brief time in the spotlight, leading to an online debate on viral apps and the information they collect.

This week, an app by the name of Plato Personality Label (柏拉图性格标签) has been widely circulated among Chinese netizens. The app promises to ‘measure’ your personality with a short test before producing an aesthetically pleasing collage detailing your character. Users are presented with a series of phrases such as “Values their principles!” (“重视原则!”) or “Sometimes overly ambitious” (“有时会好高骛远”). 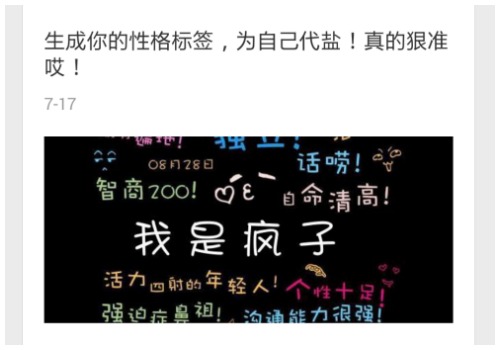 The premise is simple enough, and has spread quickly due to the QR-scanning function available on many Chinese social media apps.

After scanning the QR code, users are directed to an official WeChat account under the name of ‘Hangzhou City West’ (杭州大城西).  Once users enter the official account, it invites you to take the personality test under the slogan “Create your own label, endorse yourself!” (“生成你的性格标签,为自己代盐!”). The app then takes your name (4 characters maximum), and birth date, before ‘calculating’ your personality.

The resulting pictures were soon littered around WeChat and Weibo, particularly after popular online celebrity Papi Jiang featured the app on her official Weibo account (@搭配酱). Her post featured numerous screenshots of various personality labels under celebrities’ names, saying: “When I woke up this morning, my whole newsfeed was covered in people’s personality labels.”

Many netizens were spurred into trying the app after seeing it spread through social media. Among many similar posts, user @Baby柒小柒 commented: “So many people on my newsfeed playing ‘Personality Label’, so I had to try it myself!”

Others were anxious to point out flaws in the personality test after putting celebrity names in. One Weibo user (@裂缝中的阳光25) responded to Papi Jiang’s post: “The test result that I got for Zhang Yixing wasn’t the same, did you not put in the star sign? It seems like you got it wrong.”

Some of the even higher-rated comments under a news report by Sina Tech contained cautions by those who were more sceptical of the app’s intentions: “Viral apps are really annoying, and I have a small suspicion that they’re stealing people’s personal information,” one netizen said (@一只都放假).

User @UTOUU-仙参 agreed, writing: “Feel sick looking at this kind of stuff, who knows what information they collect and what they do with it behind the scenes?”

Amongst the mixed reviews, the app’s rapid rise to popularity has not entirely been smooth sailing. It was only shortly after the app was gaining steam that users began to be directed away from the page and presented with a warning that the site had been removed.

Sina Tech reported that despite the app soaring through the download charts from the 150th to the 10th place, it was later removed for violating WeChat community guidelines, sparking a debate on how WeChat responds to popular apps using its platform, as well as a discussion on whether they enforce their guidelines selectively.

Despite this hiccup, the app went online again at roughly 11:30pm on Sunday night, July 17th.

It is not yet known why WeChat decided to reverse their decision of removal – although parts of the app may have been modified to comply with existing guidelines.

As in the Weibo comments above, some users reported having to previously enter their star sign amongst other information, whereas the app now solely asks for a name and birth date. It seems that for now, this viral app is here to stay, provided it follows the rules. Whether netizens will continue to download it or not might just be a matter of personality.

Cat Hanson is a U.K. graduate of Chinese Studies now teaching and living in China. She swapped Beijing for Anhui, and runs her own blog on China life: Putong Press.