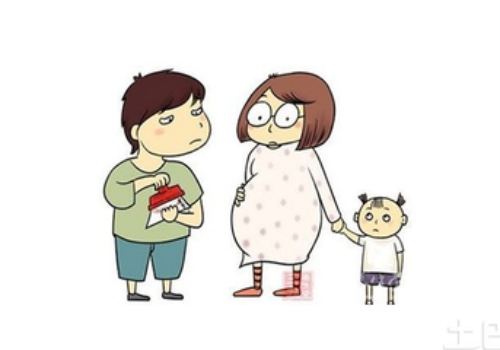 When China announced a relaxation of its one-child policy in October 2015, it became big news all over the world. As of January 1st of 2016, Chinese couples are allowed to have two children. But before the implementation of the so-called ‘two-child policy’, many Chinese couples were already allowed to have a second child. Those who were not, would sometimes find creative ways to avoid punishment. The story of a woman getting divorced and then marrying her uncle to have a second baby made the headlines in China today.

Although China’s one-child policy was a nationwide law (as is the so-called ‘two child policy’), every province has the right to decide the circumstances under which couples may have more children, in accordance with local social, economic, political and cultural conditions (Refworld 2000).

Before January 2016, some exceptions allowed couples to have more than one child. Some examples, as listed by Foreign Law Specialist Goitom (2011), were the following:

“If their first born is disabled;
If both spouses are members of ethnic minority groups;
If both spouses are only children (so it seems that all individuals born after 1980 whose parents were forced to have only one child would be eligible to have more than one child if they marry another only child);
If a couple divorces and a person thereafter marries an individual who has no child of his or her own; or
If the couple are Chinese who have returned from an overseas country where they have legal residency.”

In July 2015, a couple from Weinan, Shaanxi province, wanted to have another child so much that they filed for a ‘staged’ divorce so that the woman could have a second baby without paying a fine for it. In order to get the birth permit for the baby, she remarried her own uncle. This legally permitted her to have another child, as she was now considered a divorced woman married to an individual who had no child of his own.

When Chinese authorities announced the relaxation of China’s one-child policy, the woman, who is named ‘Xiao Hong’ by Chinanews.com, decided she no longer needed to be married to her uncle to have a second child, and filed for divorce.

Trouble started when Xiao Hong’s uncle refused to get a legal divorce before getting financially compensated first. Xiao Hong, unable or unwilling to give him money, then turned to court to make their divorce official.

Earlier this week, a court in Shaanxi ruled that a divorce was not possible, as the wedding was not lawful in the first place. In China, marriage between family members is officially not allowed, Chinanews.com reports.

Another story of a couple filing for divorce to have a second baby has also made the headlines. One couple in Chengyang, Guangxi, staged their divorce in 2013 to avoid the government fine for their second pregnancy (二胎罚款). They later got found out by the local family planning office, and still had to pay a so-called ‘social compensation fee’. After they had remarried again, the family planning office discovered that the man had made another woman pregnant during his ‘fake divorce’. After he was confronted with the fact, he ran away. He has not been back since, according to news reports, leaving his ‘two wives’ and three children behind.

Both news stories are currently being shared amongst netizens on Sina Weibo. “Peculiar policies ask for peculiar counter-measures,” one netizen responds. About the news story of the woman getting married to her uncle, one Weibo user responds: “This story line – I would give it a 9.8!”

These stories remind of another news story that came out some time ago, about a man from Anhui who had two different ID cards. He used the fake one to get married, have a baby and then file for divorce with his wife. He then used the real one to remarry her. As this Sohu news video explains, this was another creative way for this couple to have a second baby.

These Are China’s Youngest Billionaires