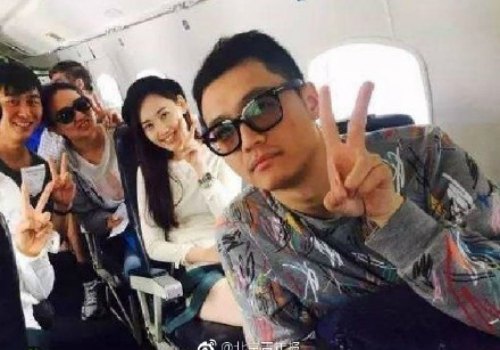 It is a story that just keeps trending on Weibo; the separation between actor Wang Baoqiang and his estranged wife Ma Rong due to an illicit love affair with Wang’s manager Song Zhe. With Ma allegedly regretting the split and Song having been arrested for embezzlement, many netizens say that “justice has been served.”

It was the divorce of the decade. The 2016 split between Chinese movie star Wang Baoqiang and his wife Ma Rong, the mother of his two children, made big news in China after Wang himself exposed that his estranged wife had a secret love affair with his agent Song Zhe (宋喆).

The story unfolded itself on Weibo, as the public posts and comments by both Wang Baoqiang and Ma Rong sparked intense debate. The majority of Weibo’s netizens sided with Wang Baoqiang, saying that Ma Rong only married him for his money. 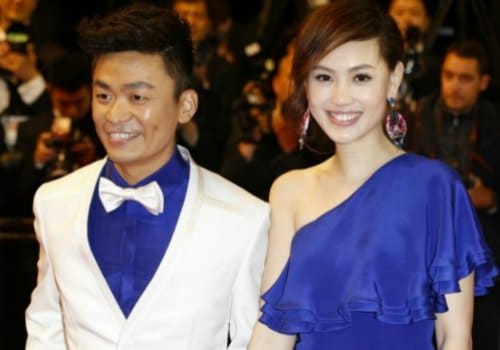 Wang and Ma in happier times.

The celebrity couple break-up especially drew wide attention because of the general perception many Chinese people have of Wang. Born and raised in a poor family in rural China, Wang fought his way to the top of China’s movie industry, becoming a well-known and respected actor. Rather than seeing him as a successful millionaire, many see the ‘Chinese dream’ in him.

The general support for Wang also means that the majority of Chinese netizens like to see Ma Rong and ex-manager Song Zhe punished for what they did.

A year after the initial separation, it seems that the Wang vs Ma divorce drama just has no end to it. On September 12th, Wang’s former agent Song Zhe was arrested in Beijing for embezzlement – a topic that immediately became trending on Chinese social media under the hashtag ‘Song Zhe Arrested’ (#宋喆被抓#).

The direct cause of his arrest is the police report filed by Wang Baoqiang’s studio “Strong Baby” (强宝贝), which accused Song Zhe of abusing his position as studio manager during a four-year period from 2012 to 2016. Song allegedly took money that clients paid for use of the studio for personal use.

After an investigation, Chaoyang police arrested Song Zhe on charges of embezzlement. The case is still ongoing and no further information on court dates have been released.

The majority of Weibo’s netizens, in support of Wang Baoqiang, are celebrating the news of Song Zhe’s arrest. One post, which received over 200,000 likes, said: “This news makes me feel so good! The cheating guy is in prison, when is that sl**t Ma Rong going to be arrested?”

Adding to the recent dramatic developments is an exclusive report by Tencent Entertainment News, which states that during Wang Baoqiang and Ma Rong’s second court date regarding their divorce, Ma Rong refuse to sign the divorce papers. During this court hearing, Ma reportedly claimed that she is still in love with Wang Baoqiang, and therefore does not want to divorce.

“Shameless,” “She is only in love with his money,” and “This is the funniest joke of the year, is she crazy?”, typical Weibo comments said.

Despite Ma’s refusal to sign, however, experts say that the marriage can be annulled on the grounds that it is ‘damaged beyond repair.’

What goes around, comes around

While Song Zhe is awaiting his trial in jail, Ma Rong has been restricted to leave the country. According to recent reports, Ma previously attempted to emigrate to Australia using her wealth to obtain a visa through illegal means.

For most people on Weibo, the current messiness in both Songs’s and Ma’s private lives is an issue of ‘what goes around, comes around.’

Under Chinese law, there is no punishment for being the cheater, lover or mistress in a divorce case. However, many say that in its own way, “justice has been served.”

“They deserve what is coming to them,” some said.

Richard Barnes is a blogger, part time translator, and China-based musician. Born in London, he moved to Beijing where he now lives with his with his wife Miranda Barnes. On www.abearandapig.com they share news of their year-long trip around Europe and Asia.