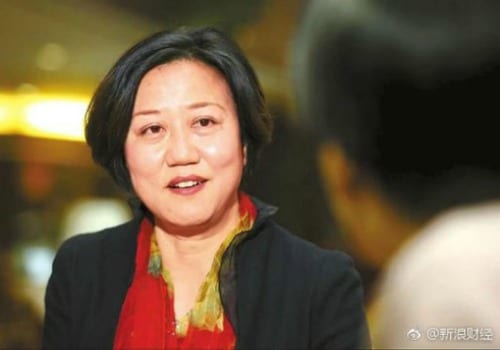 National People’s Congress deputy Huang Xihua (黄细花) has called for lowering China’s legal marriage age, from 22 for men and 20 for women, to a minimum age of 18. On Weibo, many people are not happy about the proposal – with some finding it outright shocking.

The topic “Legal Age for Marriage Lowered to 18” (#法定婚龄降到18岁#) became trending on Sina Weibo on March 4 after Huang Xihua (黄细花), a National People’s Congress deputy, called for China’s legal age for marriage to be lowered to 18 during China’s Two Sessions. 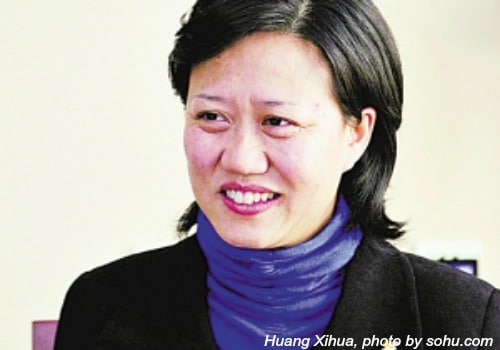 According to Sina’s social media channel “People’s Topics” (@全民话题), Huang argues that lowering the legal age of marriage is not necessarily to promote early marriage, but to give more rights to young people.

In 2012, Huang already proposed to change China’s marriage law, something which also triggered controversy at the time. The current marriageable age in China is 22 for men, 20 for women.

“If you want people to have more babies, just cut off the country’s internet after 8 pm.”

On Weibo, many netizens are not happy about Huang’s proposal. Some even say they find it “shocking”, and are afraid that such a measure will negatively affect the status of women in Chinese society and increase the nation’s divorce rates.

“Won’t this lead to a drop in the percentage of women with a higher education?”, some wonder.

Many others have similar worries. As one person writes: “Lowering the age of marriage will lead to more young people taking wrong steps in life. Especially for women; getting married at a young age and having children will lead to fewer women pursuing higher education.” Others also think that 18-year-olds are not yet experienced enough to get married.

“This is all just about increasing China’s birth rates,” one person comments: “But if you want people to have more babies, just cut off the internet across the country after 8 pm – that’ll work too.”

China is currently facing demographic challenges as society is aging. Although the implementation of the “Two Child Policy” in October 2015 caused an increase in birth rates, the figure still falls short of government’s estimations for the population to reach 1.42 billion by 2020, and might be too low to balance the consequences of the aging society and the shrinking workforce.

Earlier this year Chinese state media hinted at legalizing surrogacy to increase birth rates, something which greatly angered many people on social media who felt that women were treated as “breeding machines.”

In 2016, China also canceled the ‘late marriage leave‘, the 30-day paid leave when getting married over the age of 25. The paid leave was introduced at the time of the one-child policy to encourage people to postpone marriage and childbirth (“晚生晚育”) in order to help control China’s population growth.

“The safety of the air we breath is much more relevant than how old we are when we marry.”

There are also many people who don’t see the relevancy of the proposal. “This is not important at all!”, one netizen says: “What is much more important is to pay attention to the problems of the people – to focus on the safety of what we eat, what we drink, and of the air that we breathe. That’s much more relevant than how old we are when we marry.”

“It makes no sense. What 18-year-old has the financial capacity to get married anyway?”, another commenter says.

According to the South China Morning Post, Huang Xihua also proposed to scrap the two child policy and allow couples to have as many children as they want to increase the population. This proposal, remarkably, received much less attention on Chinese social media. 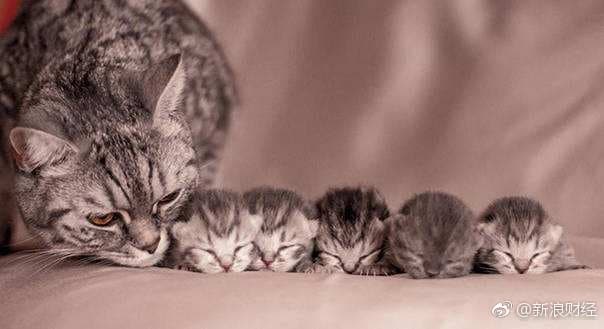 This photo of a mother cat and her kittens was used by Sina News when writing about Huang’s proposal to scrap the ‘two child policy.’

Huang Xihua is also an active user of Weibo (@黄细花), where she is currently facing quite some backlash on her home page, with people criticizing her proposals and some even wondering why Huang is in the National People’s Congress at all.

“How can a person with such an IQ represent us?”, one person says. “She just wants to be famous,” some say.

What about the minimum age for marriage in other countries? In neighboring countries South Korea and Japan, the legal age to get married is 18 for boys and 16 for girls. In the UK, the legal marriageable age is 16, while in some states in America, it is even legal for 14-year-olds to get married. As this chart shows, China globally has the highest minimum age for marriage for men (22).

Amid a storm of criticism, there are also some who support the proposition: “I’m in favor of this proposal. If the legal minimum marriage age is 18, it doesn’t mean you have to get married at 18. In the end it’s just a personal choice.”