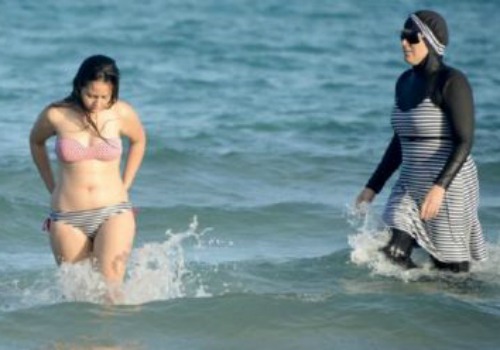 France’s ‘burkini’ bans recently sparked outrage on Twitter, where many netizens called them “racist” and “oppressive”. On Chinese social media, however, many netizens seem to support the French ban on Islamic swimwear, while other Weibo users just don’t understand what all the “fuss” is about.

On Weibo, various Chinese media recently reported about mayors in different French cities banning the ‘burkini’, a type of Islamic swimwear for women. The news of the ban, and photographs of police allegedly asking a woman to remove her conservative beachwear, were shared amongst Chinese netizens and attracted many comments. 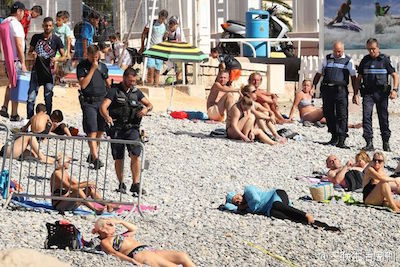 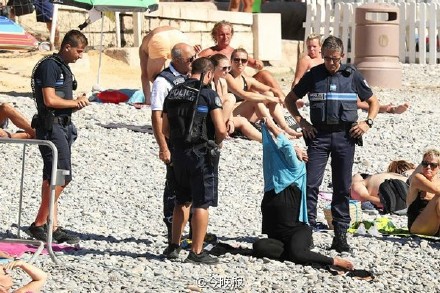 On Twitter, the ban has led to a stream of angry reactions, with many calling it “oppressive”, “racist” and “absurd”, while defending wearing the right to wear a burkini as “the right to cover up”.

The French burkini bans are based on ideas that the body wear item is “not just a casual choice”, but “part of an attempt by political Islamism to win recruits and test the resilience of the French republic” (Economist 2016). The bans come after a series of deadly terrorist attacks over the past 1,5 years.

Religious neutrality is a value that has been strongly upheld in France, where the government adheres to a strict form of secularism known as laïcité – designed to keep religion out of public life (Economist 2014). Since 2004, wearing conspicuous religious symbols in public schools became illegal. According to Brookings, that law was widely condemned in the United States, where high schools allow students to wear head scarfs, Jewish caps, large Christian crosses, or other conspicuous religious signs.

But French supporters argued that in the existing social, political and cultural context of France, they could not tolerate these religious symbols. In 2010, wearing a full face veil was also prohibited by law.

“Don’t you get it? This is all for the safety of the country.”

On August 24, Chinese news site The Observer (观察者网) posted on Weibo: “Where are the human rights? French police force women to take off her muslim swimwear. Recently, at a beach in the French city of Nice, French police requested a woman to take off her muslim swimwear, which triggered much controversy. At the time, the woman was wearing a so-called ‘burkini’ (布基尼) while sunbathing. Four tall men went to her while holding their police stick and pepper-spray.”

The post, just one out of many micro-blogs posted on this topic on Sina Weibo, attracted near 6000 comments. The most popular comment (i.e. receiving the most ‘likes’ from other netizens) said: “The rule of France banning clear religious symbols in public does not just apply to muslims. This rule is the same for all religions.”1 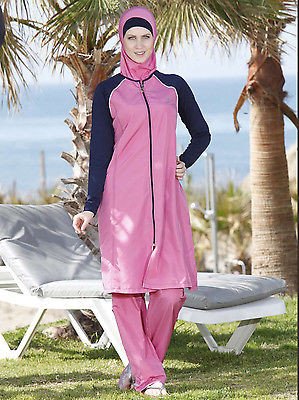 The number two most popular comment read: “Don’t blame the police for this! France is afraid to get bombed! They are afraid of people hiding bombs in their clothing in crowded places.”2

“Don’t you get it? This is all for the safety of the country,” the following commenter wrote.3

“Freedom is not unlimited, freedom is relative, freedom is limited – without limits, there is no freedom.”

Many Chinese netizens see the burkini ban as a direct consequence of the strings of islamist terrorist attack occurring in France over the past 18 months. “This is how it should be, China is the same, there can be no exemptions,”4 one netizen says.

In China, a ban on wearing burqa’s, or ‘face masking veils’ (蒙面罩袍), was legally approved in January of 2015. The prohibition on burqa’s applies specifically to Urumqi, the capital of Xinjiang, home to the majority of China’s muslims.

A year earlier, Chinese authorities also implemented several measures in Xinjiang to keep religious expressions to a minimum after a string of attacks allegedly committed by Chinese muslim extremists. The measures, amongst others, did not allow fasting for Ramadan, no niqabs, hijabs or large beards in buses.

Underneath a Weibo post on the burkini ban by China’s Lifeweek (@三联生活周刊), the number one popular comment says: “To all the people here saying that what you wear is a personal freedom: it was also enforced that women could no longer have bound feet [in China], with the police parading the foot binding cloths out in the streets. Some women felt so humiliated that they committed suicide. Do you also feel that their right needed to be defended? (..) Freedom is not unlimited, freedom is relative, freedom is limited – without limits, there is no freedom.”5

” What is all the fuss about?”

But not all netizens agree with these views. One micro-blogger, who goes by the name of ‘Demons and Monsters‘, said: “Although I am opposed to the burqa, I am also against the enforcement of wearing less clothing. What if you caught a cold? You are an endangerment to others if you fully cover yourself in a public place, but it is your freedom not to expose too much.”

“What about the West and its human rights? Its freedom of religion?” another Weibo user remarks.6

Noteworthy about the burkini ban issue on Weibo, is that although (state) media seem to denounce it in their reporting (“Where are the human rights?”), the majority of netizens seem to support it. When Chinese news site Jiemian posted the news on Weibo saying: “A setback for freedom? Three cities in France prohibit muslim swimsuits”, it got the response from netizens: “A setback? This is progression!”7, and others saying: “People keep mentioning human rights, and freedom. Take a look at Europe’s terrorist attacks – what does it [still] mean?”8

“When you come to a place, you follow their guidelines and customs. This is normal. It is also a way of showing respect to the local [culture]. What is all the fuss about? Should muslims be an exception to the rule?”, one 45-year-old Weibo user from Shandong writes.

“I thought we were talking about facekini’s here.”

Another person compares the burkini to the Japanese kimono: “I think a lot of people here do not understand the feeling of French people. For example, what if you would walk down the street and see that in China people are wearing kimono’s? When in Rome, do as the Romans do, or just go back to your own country. Don’t use religion as an excuse.”9

Although the majority of the netizen’s reactions on Weibo are different than those on Twitter, a recurring issue on both social media networks is the focus on ‘freedom’, with some Chinese netizens emphasizing the fact that what you wear is your own freedom. But the most-liked comments on Weibo are those stressing that freedom is relative: “Many people say that a woman can wear what she likes, that it’s her freedom. But did you ever think about whether these women have the freedom not to wear it? They clearly don’t.”10

There are also those who confuse the ‘burkini’ (布基尼) with China’s ‘facekini‘ (脸基尼) (“I thought we were talking about facekini’s for a moment!“), although for now, it is highly likely that neither are welcome on the beaches of Nice. 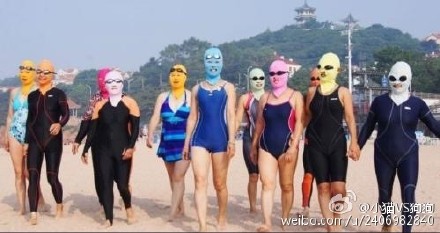 GOBI HAS BEEN FOUND! – Marathon Runner Finds Back Dog in Urumqi 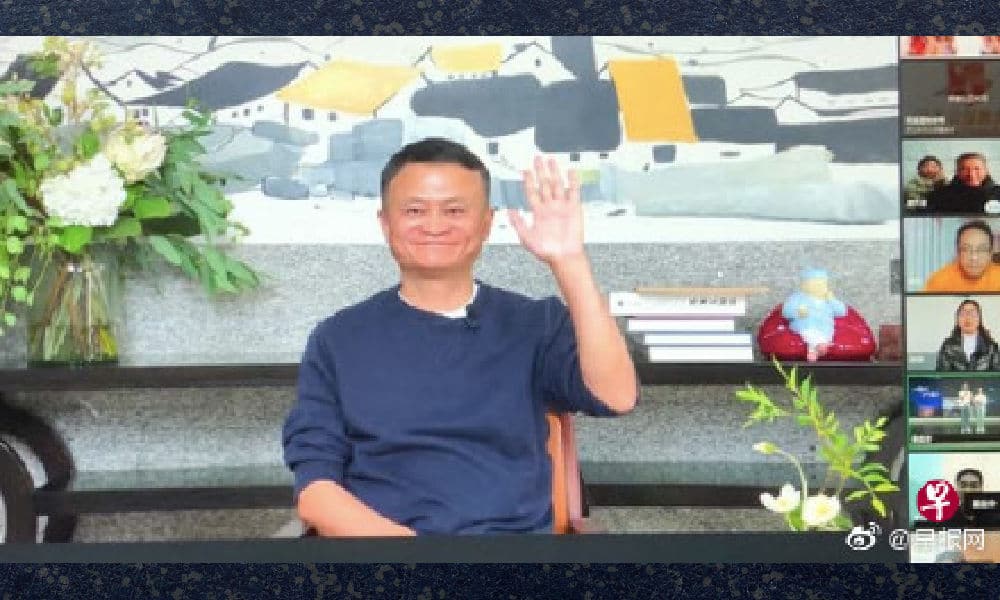 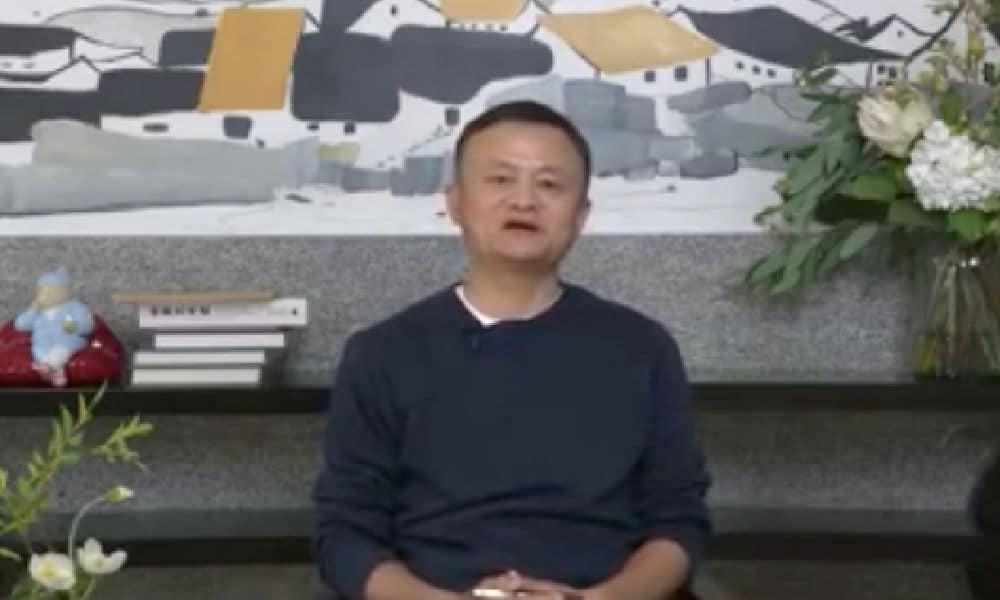 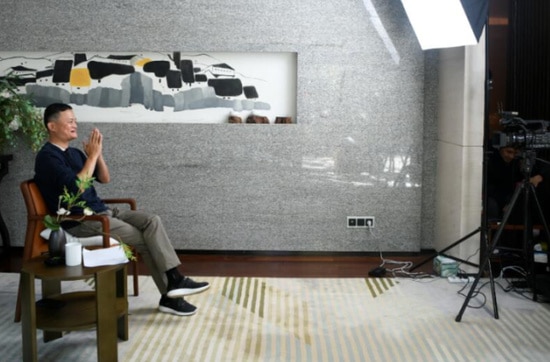 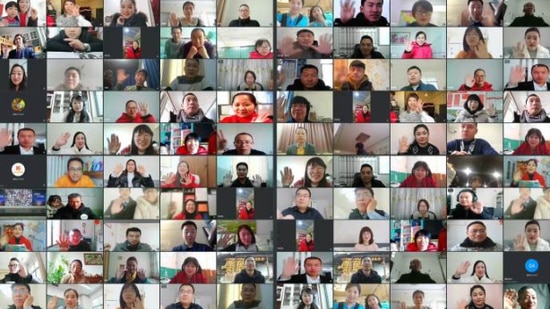 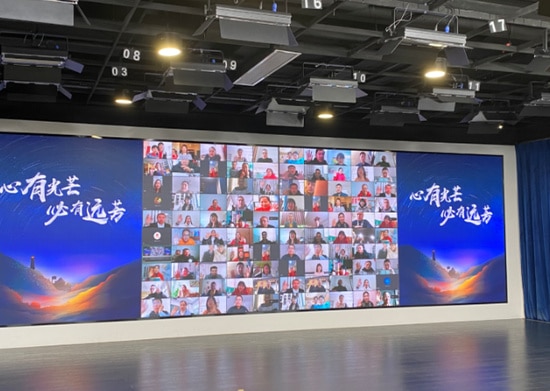 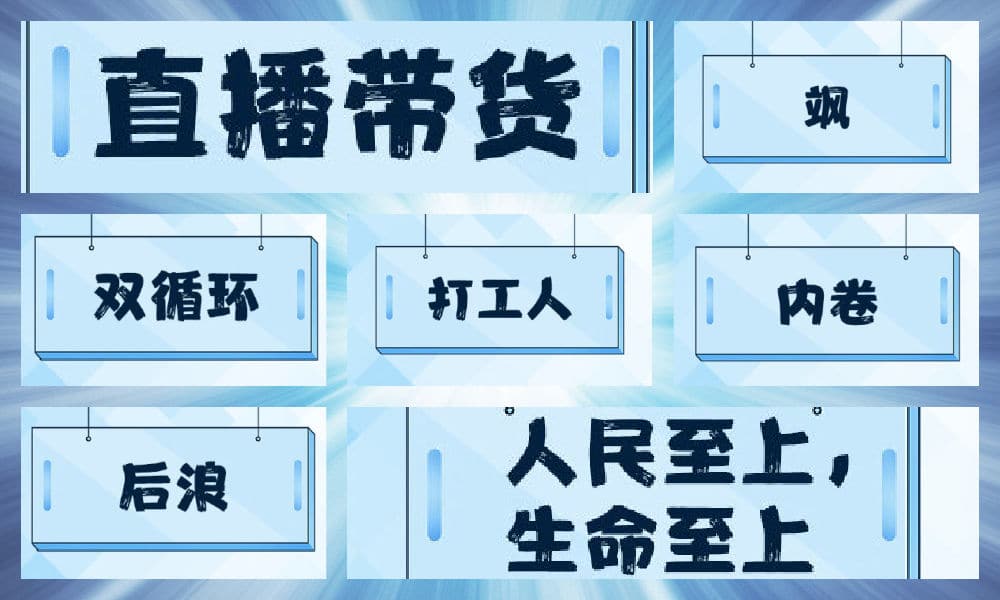 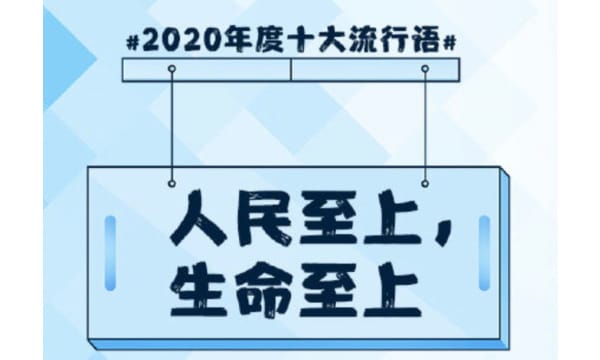 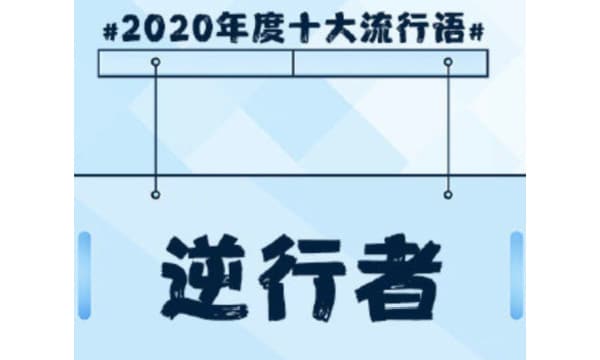 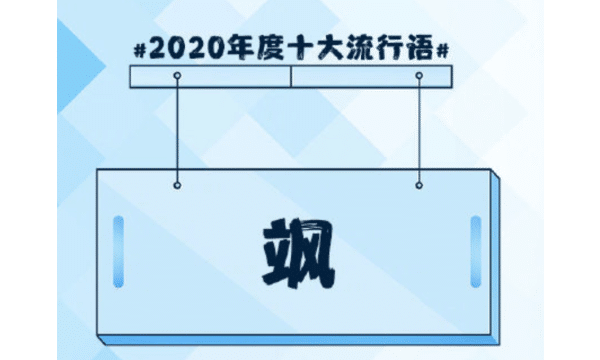 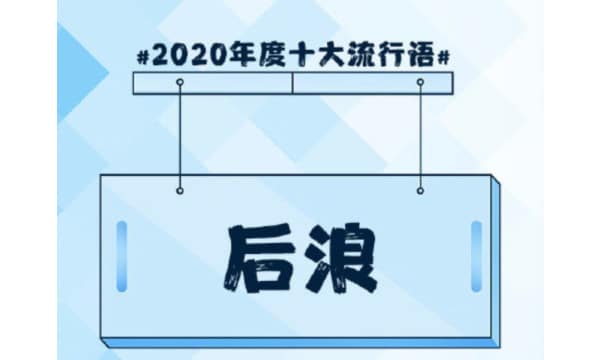 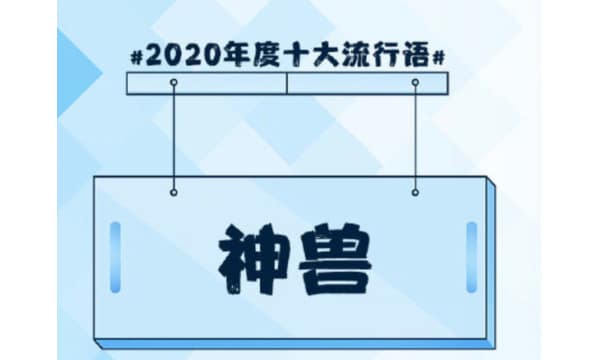 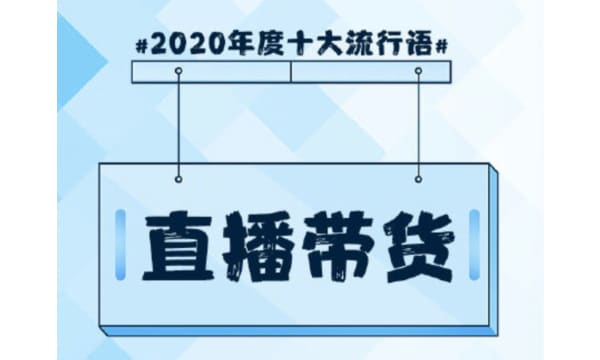 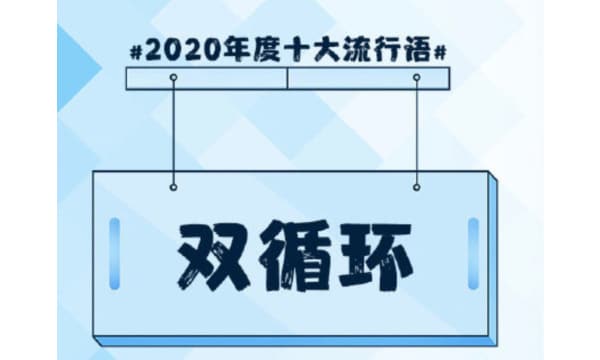 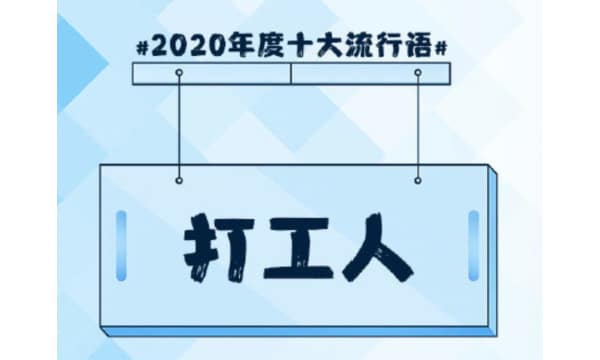 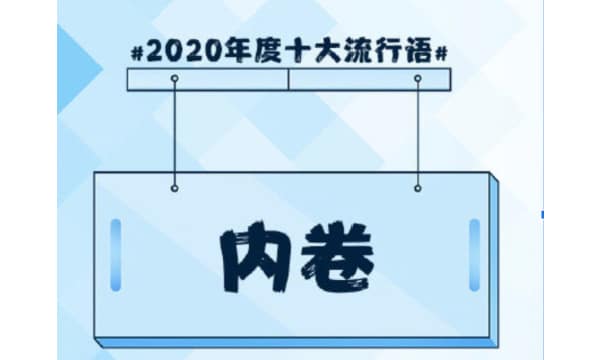