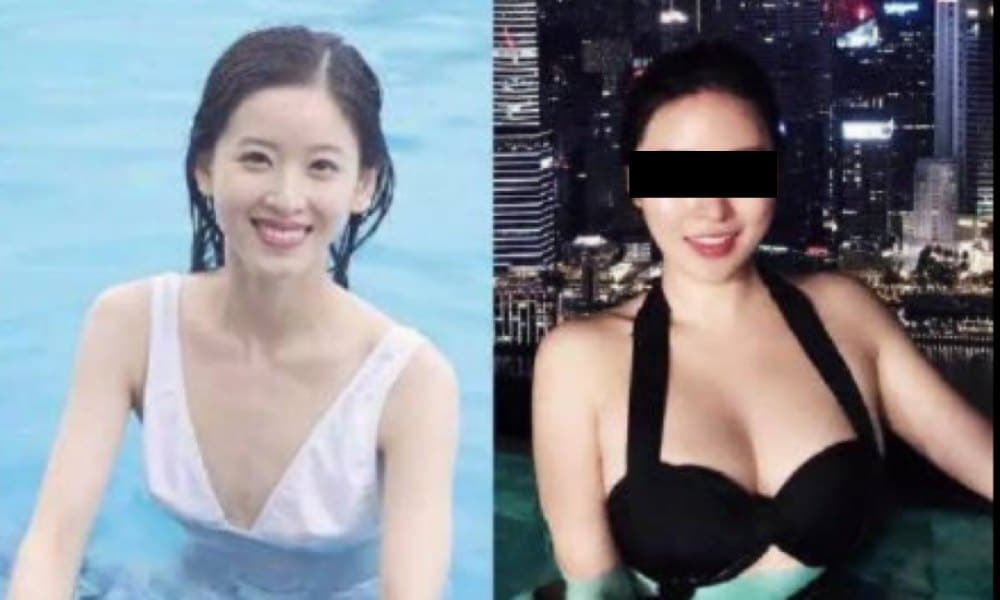 Jiang Pingting became an overnight celebrity when dozens of her glamorous private photos went viral on Weibo, with strong rumors suggesting she was the woman accusing Chinese billionaire businessman Richard Liu of rape. She has now come forward denying these claims.

Ever since news has come out on the brief arrest of JD.com CEO Richard Liu (刘强东) in Minneapolis last weekend, the mug shot and arrest of the Chinese tech mogul have been a major topic of discussion on Chinese social media.

Liu was arrested on August 31st in connection to a suspected rape, after he had dinner with a group of people at a Japanese restaurant during his business trip in the USA.

Photos of the night show that a woman is seated next to Liu, with Chinese netizens and media alleging that this woman is the Chinese exchange student who accused Liu of assaulting her after the banquet. 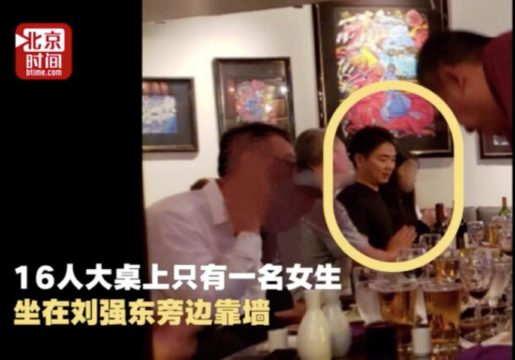 Footage show Liu and a female sitting next to him on the night of his brief arrest.

Although Liu was released without charges the next day (status: “released pending complaint”) with JD.com officially stating that all accusations were “false,” the case continued to ignite rumors. Many netizens sided with Liu and claimed that he had been “trapped.”

One particularly strong rumor concerned the identity of the female student accusing Liu, with dozens of photos of a young, curvy woman going viral in connection to this case.

One person spreading photos of the supposed accuser is the internet celebrity Luo Yufeng (@罗玉凤), better known as Sister Feng, who has a fanbase of more than 9 million Weibo users. 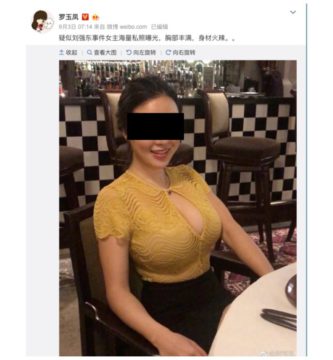 “Many private photos have been exposed of the woman involved in the Richard Liu case,” she posted: “She has a big bosom and she looks hot.” 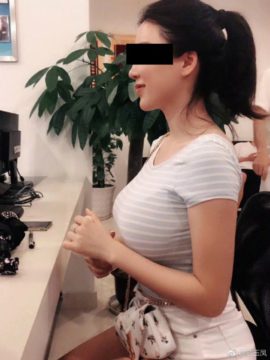 The many photos making their rounds on Chinese social media for the past days show the woman going out for dinners, relaxing on the beach, or posing while golfing. 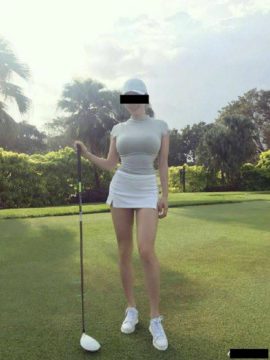 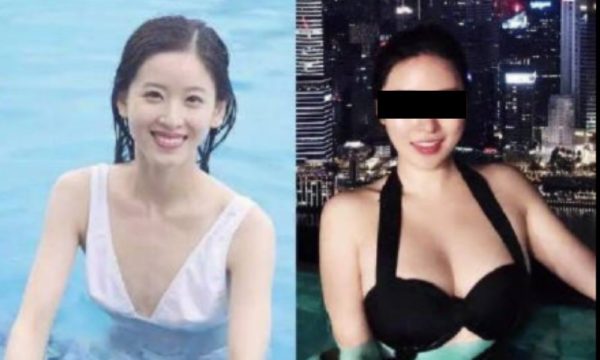 Rather than discussing the alleged rape case, many netizens seemed more concerned with the appearance and life-style of the woman, and how her body shape compares to Liu’s wife.

But now, days after her name and photos were first connected to the case, she has issued a statement on her Weibo account saying:

“I am Jiang Pinting! The fact that several large media websites, without verifying, have distributed my personal details and photos assuming I am the female involved in the Richard Liu Minneapolis arrest case, has greatly impacted my reputation and has invaded on my personality rights.”

She further states that her personal life has been turned upside down by the incident.

Since 2010, Jiang writes, she has been residing in Singapore and only recently returned to mainland China. Jiang states:

“I do not know Richard Liu at all. We have never met. I’ve not even been to the US recently. This incident has absolutely no connection to me.” 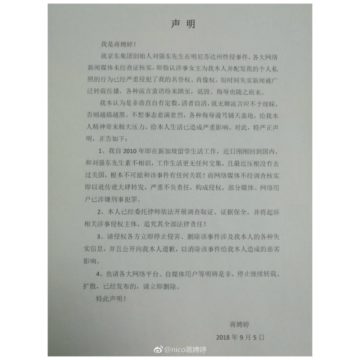 It is not clear why Jiang was brought in connection with the case in the first place.

Some people are critical as to why Jiang only responded to the rumors days after they first went viral. “You first waited to become famous before refuting the rumors,” one person wrote.

“I still think you’re hot,” some among thousands of commenters wrote.

The Essential Balm: How to Use Tiger Balm & Qing Liang You