Strong rumors about an alleged arrest of Fan Bingbing, one of China’s most famous actresses, are making their way around Chinese social media today. Fan Bingbing has been at the centre of a tax evasion scandal for the past months.

The Chinese actress Fan Bingbing (范冰冰) has been arrested, sources on Weibo claim.

“Some breaking news – I just spoke to a friend whose wife works at the Wuxi prosecutor’s office, who has confirmed that Fan Bingbing has indeed been arrested.”

Wuxi, in Jiangsu province, is where Fan’s studio is based.

Since 2013, it is illegal to spread rumors on Chinese social media; people spreading ‘malicious’ messages that are forwarded more than 500 times could potentially face legal punishment.

“You should know, I’m not just posting fabricated stuff on Weibo for sensationalism to attract attention. I wouldn’t do anything that low.(..) Things I post I know are from a trustworthy source.”

Huang Yiqing was the second husband of Huang Yi. He is a businessman and chairman of the Super Sports Car Club in Shanghai.

Famous Weibo blogging account ‘Labi Xiaoqiu’ (@辣笔小球), run by journalist Qiu Ziming (仇子明), also wrote about Fan Bingbing today, suggesting that the actress has already been “taken away” in July, and further adding that she has since also separated from her partner Li Chen (李晨).

Fan Bingbing, the highest-paid actress in China, found herself at the center of a social media storm in late May of this year. The actress allegedly received a total payment of 60 million yuan ($9.3 million) for just four days work on the film Cell Phone 2, of which she would have only declared 10 million ($1.56 million) to authorities.

As reported by Radii, the tax scandal first came to light when Chinese TV host Cui Yongyuan (崔永元) leaked two different contracts on social media; the one that allegedly showed that the actress was paid a total of 10 million RMB for her work, with another showing a payment of 50 million RMB for the exact same work.

These types of contracts are called yin-yang contracts (阴阳合同), an illegal practice to avoid paying taxes. 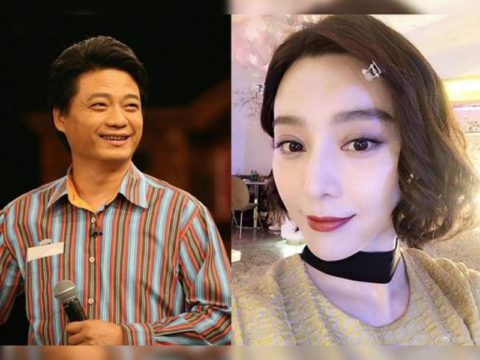 Cui later apologized for his posts, Shanghaiist writes, suddenly claiming that Fan actually had nothing to do with the two contracts.

But tax investigations into the matter had already started.

Throughout summer, international media wrote about the ‘disappearance’ of Fan Bingbing, who was not spotted in public since July 1st. Some sources claimed the actress was banned from acting for three years.

In late July, reports came out saying that Fan was banned from traveling abroad amid the tax evasion investigation. 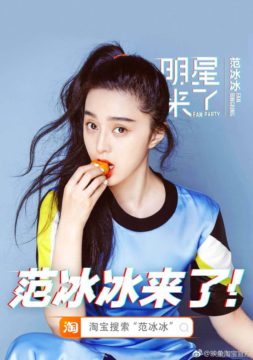 Fan Bingbing has starred in many famous films, such as I Am Not Madame Bovary (2016) or X-Men: Days of Future Past (2014). She also starred in the 2014 highly successful drama series The Empress of China.

Fan is among the top popular celebrities on Weibo; she has more than 62 million fans on her Weibo account, but has not posted anything since early June.

No official media have yet confirmed whether or not Fan Bingbing has indeed been arrested. There are conflicting articles going around, however, posted by other Chinese-language media, suggesting that Fan was in the middle of the process of getting an American visa approved.

“According to @AndyHYQ, Fan is already detained. According to outside media, she already had her American visa. What’s the deal?”, some netizens wonder.

Victim of Violence or Rage-driven Killer? BMW Owner Attacking a Bike Driver Stabbed to Death with Own Knife

Liu Genghong (Will Liu) is leading his best lockdown life. 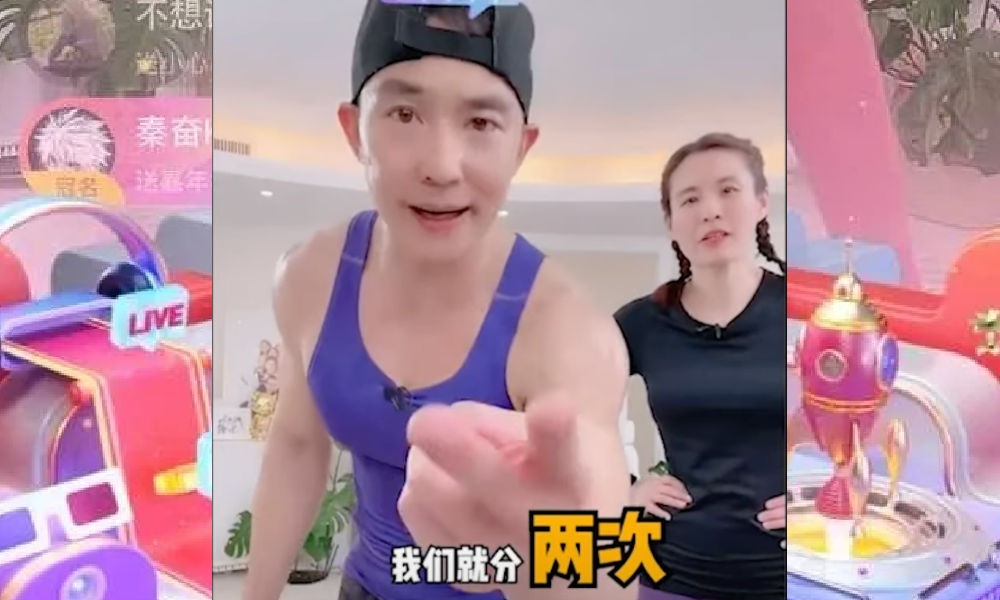 With their exercise livestreams, Liu and his wife are bringing some positive vibes to Shanghai and the rest of China in Covid times, getting thousands of social media users to jump along with them.

On Friday, April 22, the hashtag “Why Has Liu Genghong Become An Online Hit” (#为什么刘畊宏突然爆火#) was top trending on Chinese social media platform Weibo.

Liu Genghong (刘畊宏, 1972), who is also known as Will Liu, is a Taiwanese singer and actor who is known for playing in dramas (Pandamen 熊貓人), films (True Legend 苏乞儿), and releasing various music albums (Rainbow Heaven 彩虹天堂). He is a devout Christian.

Besides all of his work in the entertainment business, Liu is also a fitness expert. In 2013, Liu participated in the CCTV2 weight loss programme Super Diet King (超级减肥王, aka The Biggest Loser) as a motivational coach, and later also became a fitness instructor for the Jiangsu TV show Changing My Life (减出我人生), in which he also helped overweight people to become fit. After that, more fitness programs followed, including the 2017 Challenge the Limit (全能极限王) show.

During the Covid outbreak in Shanghai, the 50-year-old Liu Genghong has unexpectedly become an online hit for livestreaming fitness routines from his home. Together with his wife Vivi Wang, he streams exercise and dance videos five days of the week via the Xiaohongshu app and Douyin.

In his livestreams, Liu and his wife appear energetic, friendly, happy and super fit. They exercise and dance to up-beat songs while explaining and showing their moves, often encouraging those participating from their own living rooms (“Yeah, very good, you’re doing well!”). Some of their livestreams attract up to 400,000 viewers tuning in at the same time. 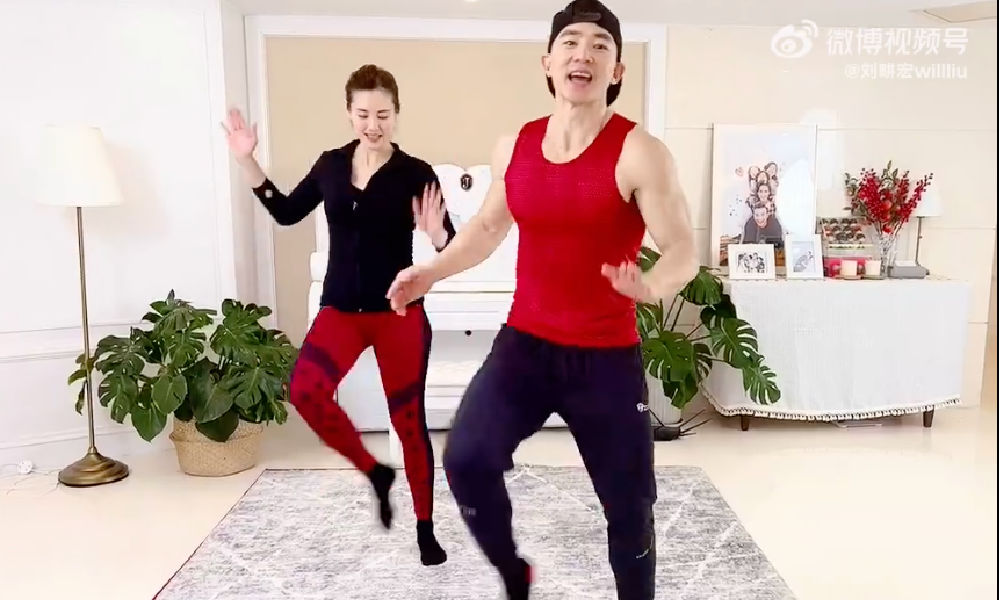 The couple, both in lockdown at their Shanghai home, try to motivate other Shanghai residents and social media users to stay fit. Sometimes, Liu’s 66-year-old mother in law also exercises with them, along with the children.

“I’ve been exercising watching Liu and his wife for half an hour, they’re so energetic and familiar, they’ve already become my only family in Shanghai,” one Weibo user says.

“I never expected Liu Genghong to be a ‘winner’ during this Covid epidemic in Shanghai,” another person writes.

Along with Liu’s online success, there’s also a renewed interest in the Jay Chou song Herbalist’s Manual (本草纲目), which is used as a workout tune, combined with a specific dance routine. Liu is also a good friend and fitness pal to Taiwanese superstar Jay Chou.

This week, various Chinese news outlets such as Fengmian News and The Paper have reported on Liu’s sudden lockdown success. Livestreaming workout classes in general have become more popular in China since the start of Covid-19, but there reportedly has been no channel as popular as that of Liu Genghong.

The channel’s success is partly because of Liu’s fame and contagious enthusiasm, but it is also because of Vivi Wang, whose comical expressions during the workouts have also become an online hit. 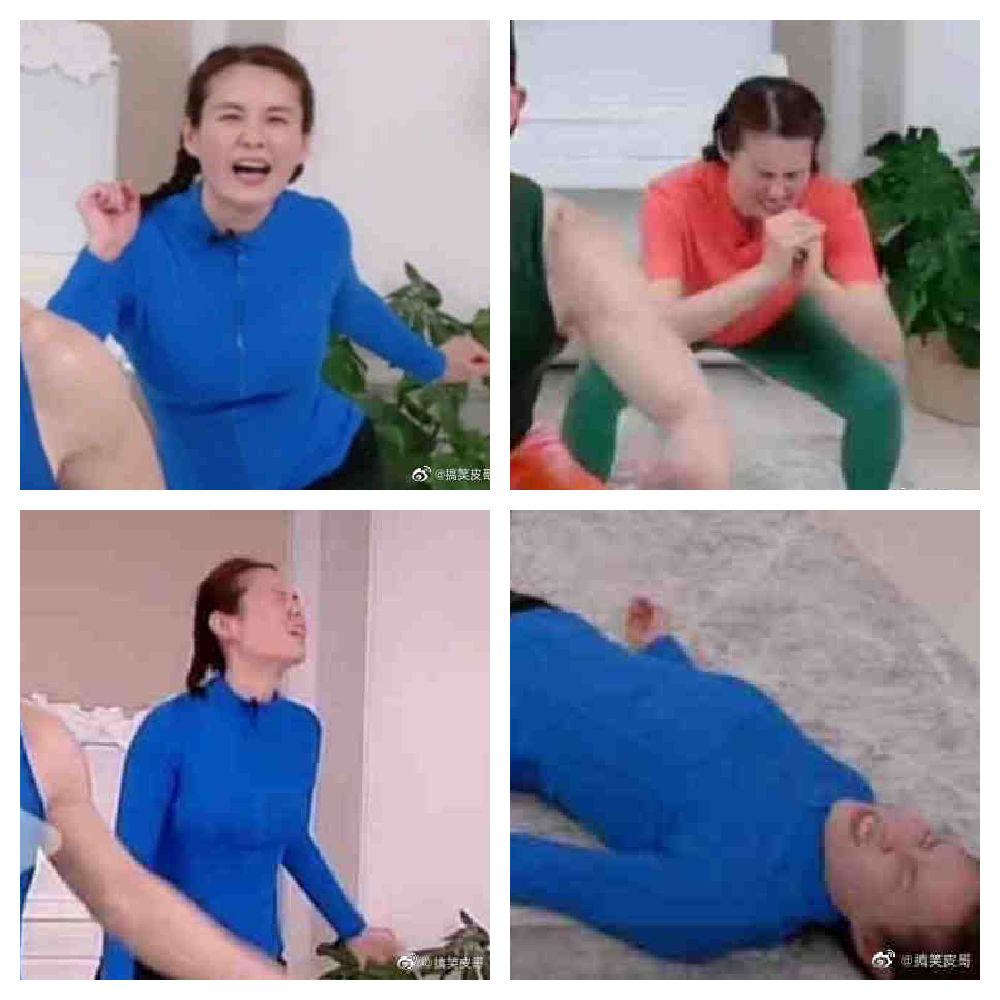 While many netizens are sharing their own videos of exercizing to Liu’s videos, there are also some who warn others not to strain themselves too quickly.

“I’ve been inside for over 40 days with no exercise” one person writes: “I did one of the workouts yesterday and my heart nearly exploded.” “I feel fine just watching,” others say: “I just can’t keep up.”

Will Liu (刘畊宏) has become an online sensation in China together with his wife for their livestreamed workout sessions from Shanghai, especially inspiring those in lockdown to break a sweat. This routine to Jay Chou's song Herbalist's Manual (本草纲目) is the hit of the moment. pic.twitter.com/X4VvEBWvFU